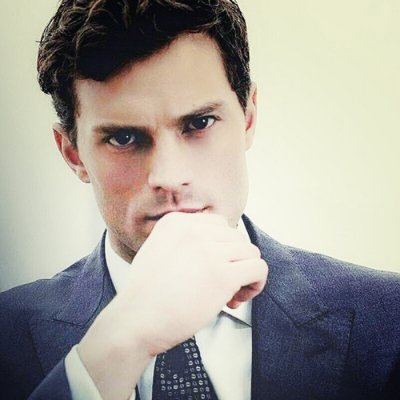 Every woman has a dream man. Someone who will fit her standards to a T. The one man who comes and sweeps you off of your feet. The charming, mysterious one that always comes back to you in the end. And most of all, the one who shows you why it never worked out with anyone else. After reading the Fifty Shades of Grey Trilogy by E.L. James, Grey, and watching the movie about fifteen times, I'd like to say I have more knowledge than needed about the book and the film. Watching a movie more than once and reading a book over and over again tend to give you a deeper understanding of the plot, a deeper connection to the characters, and a better overall look at what it's all really about. Reading the trilogy multiple times has given me more insight about Christian, especially. And watching the first movie, while already knowing what's bound to happen in the next two, keeps me wanting more. In my opinion, Christian Grey has set many women's standards a bit higher, and the bar much higher for many men.

1. He Protects His Woman

As much as women love being independent, we always deny wanting someone to have the upper hand. In Fifty Shades of Grey, Christian has the upper hand in the relationship from the first moment he set eyes on Anastasia. We knew right from the moment she stepped foot in his office, Christian was out to protect Ana in every way possible. Christian is a great example of someone with power and a great capability of possession, who only wants the best for his lady. People often criticize him for being overly protective of Ana. However, I beg to differ. Wouldn't it be nice, ladies, for our man to be bothered by just a random looking at us? Or how about a guy who goes out of his way, even using his stalker-ish tendencies, to make sure you’re safe at all times? To Christian, the thought of losing Ana is unbearable. Sounds nice, right?

Being a woman is exhausting. From cooking to cleaning to working, I bet almost every woman can agree that we'd rather have a man say, "Get ready, I already made reservations!" on our nights off over, "Where do you want to go out to eat tonight?” Being in constant control of ourselves and our lives gets tiring, and having a man there to step up to the plate and have some supremacy is what every woman needs once in a while. A man who takes control in all the right ways in a woman’s life is what every girl needs, and Christian displays this perfectly.

3. He Knows What He Wants

The moment Ana walked into Christian's office, he could barely sit still without clenching his hand to his desk. From that moment on we knew exactly what Christian wanted: her. A man who knows what he wants and goes for it is outright hot, to say the least. Christian wanting Ana actually meant something deeper than just liking her for her looks or the way she dresses. The exact way Christian knows just what he wants is by knowing himself better than anyone else. Every woman wants a man to have passion, and to have the ability to let it show freely.

4. He Devotes Himself to Her

You don’t have to have billions of dollars to do this, but it is a huge one for women. Women are happy knowing that they are the center of their man's universe. There is no doubt that Christian is focused on Ana, and only her. Regardless if there is a beautiful woman right beside him, Christian’s eyes will never leave Ana for a single moment. This kind of attention is something some women would die for, myself included. Nowadays, affection and love are shown more in text messages and over social media than anywhere else. Many women have no idea what it’s like to actually be a man's world. A man should constantly crave his woman and lust over her almost like he’s never seen her before. Men, when you’re with your woman, forget about all of the outside distractions and devote yourself solely to her. Show her she's all you need.

Looking past the billions of dollars, Christian has an uncompromisable drive for what he does in his life. It’s more common for a woman to be attracted to a man because of his drive, self-awareness, and capability over the vast amounts of money he makes. Sure, money sounds great to everyone, but a man who actually cares enough about his life to always strive to be the best is a great trait for a man to maintain.

All of these traits don’t make a man perfect. However, Christian exemplified these traits, which I think set the standards much higher for many women. Think about it, a rich, driven man who knows just what he wants, and it happens to be you… does it get any hotter than that? What more could a girl want?