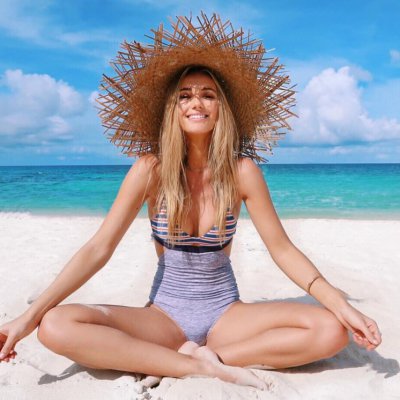 Seeking approval can manifest itself in many ways, but no matter how you do it, it isn't very healthy and can be pretty annoying. It's easy to call other people out on their approval-seeking-behavior, but can be difficult to identify within yourself. Here are a few behaviors that may be holding you back from becoming the best "you" you can be!

If you really want other people's approval, it may be hard for you to say no. This is especially a problem with girls and women, because we were raised to think that "no" is impolite. But it's time we reclaim no! It's your right to refuse anything—a job, a guy, a catcall, etc. Saying yes to anything makes it seem like you're desperate to please and lack standards. But you and I both know that's not the case! You're a queen, so start acting like it.

The only word women say more than "yes" is probably "sorry." I'm definitely guilty of this, too. I apologize all the time, because I assume I'm annoying someone or causing a problem just by being myself. But that's really not true! If you love yourself, you shouldn't apologize for your words or actions nearly as often as you do. For example, if you're asking a question in class or a meeting, don't start the question with a timid "Sorry, I..." Just assert yourself, don't wait for anyone else's approval!

This approval-seeking behavior is one of the most annoying, but also most common. Usually, it's when people pretend to be insecure just to get a compliment. It looks like a genius saying she's stupid, or a gorgeous girl saying she's ugly. They know it's not true, because they've been called smart and pretty all of their lives, but still seek approval from others. If you find yourself doing this, try to be humble yet confident and you'll be well on the way to self-approval.

The flip side of the compliment coin is overreacting to insults. If you're insecure and crave external approval, people insulting you or disagreeing you will often shock and upset you. Obviously, anyone who insults you is being rude and unkind, so it's normal to react badly. But you shouldn't overreact by throwing a fit, hating them, starting a fight, etc. If someone says something that upsets you, just woman up and deal with it. Everyone has different opinions and not everyone will like you—that's just the sad truth of life.

If all you want is approval, morals and opinions aren't important to you. You will change your position on a subject depending on whom you're talking to. Changing your mind just to please someone makes it difficult to know who you are and therefore stunts your growth as a person.

If you just want to be noticed, you'll be willing to do anything to make that happen. That includes gossiping and spreading rumors about other people just to get people focused on you or on your side. Also, you might do something dramatic just to gain attention. But remember, not all attention is good attention.

Faking compliments can make people like you more and even gain their approval. Likewise, faking knowledge can make you seem smarter and more impressive to people. However, being fake also stunts self-growth, because if you pretend to be something you're not for a long time, you'll eventually lose sight of who you really are.

We are all guilty of doing some of these every once in a while, but if you seek approval too frequently, it can become a problem. Which of these bad habits is holding you back?