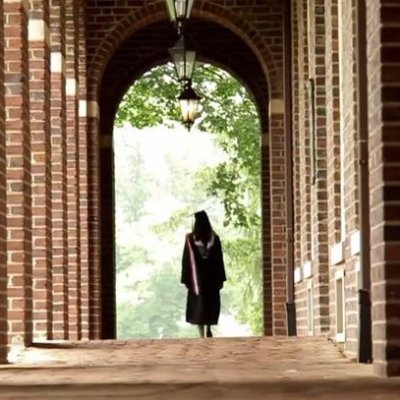 Jim Carrey is a hysterical actor, but he still has a lot of meaningful things to say about life. In this speech, he talks about how his father took the safe route instead of following his dreams and still ended up losing his job: "I learned many great lessons from my father, not the least of which was that you can fail at what you don’t want, so you might as well take a chance on doing what you love.” That's why you should always follow your passion, no matter how risky it may be.

Neil Gaiman is a famous author, who created books like Stardust, Coraline, and American Gods. If your goal is to become a writer or an actor or a singer or a painter, then you're going to love what he has to say. He gives advice like, "First of all: When you start out on a career in the arts you have no idea what you are doing. This is great. People who know what they are doing know the rules, and know what is possible and impossible. You do not. And you should not. The rules on what is possible and impossible in the arts were made by people who had not tested the bounds of the possible by going beyond them. And you can."

You already know that J.K. Rowling is the beautifully talented author of Harry Potter, but did you know about everything she had to do to get to that place? In her speech, she talks a lot about failure, and says things like, "So why do I talk about the benefits of failure? Simply because failure meant a stripping away of the inessential. I stopped pretending to myself that I was anything other than what I was, and began to direct all my energy into finishing the only work that mattered to me."

Everyone knows who Steve Jobs is, because we have him to thank for our favorite technology. He brings up some interesting points, like, "You can't connect the dots looking forward; you can only connect them looking backward. So you have to trust that the dots will somehow connect in your future."

Stephen tells the cold hard truth. He says, "It is my responsibility as a commencement speaker to prepare you for what awaits you in the future. Here it is: No one has any idea what’s going to happen." That's why you can't worry too much about the future, because it hasn't been written yet.

What's the most inspirational college commencement speech that you've ever heard?