7 Queen Quotes from Elizabeth Herself That Will Inspire You to Be HBIC like Her ... 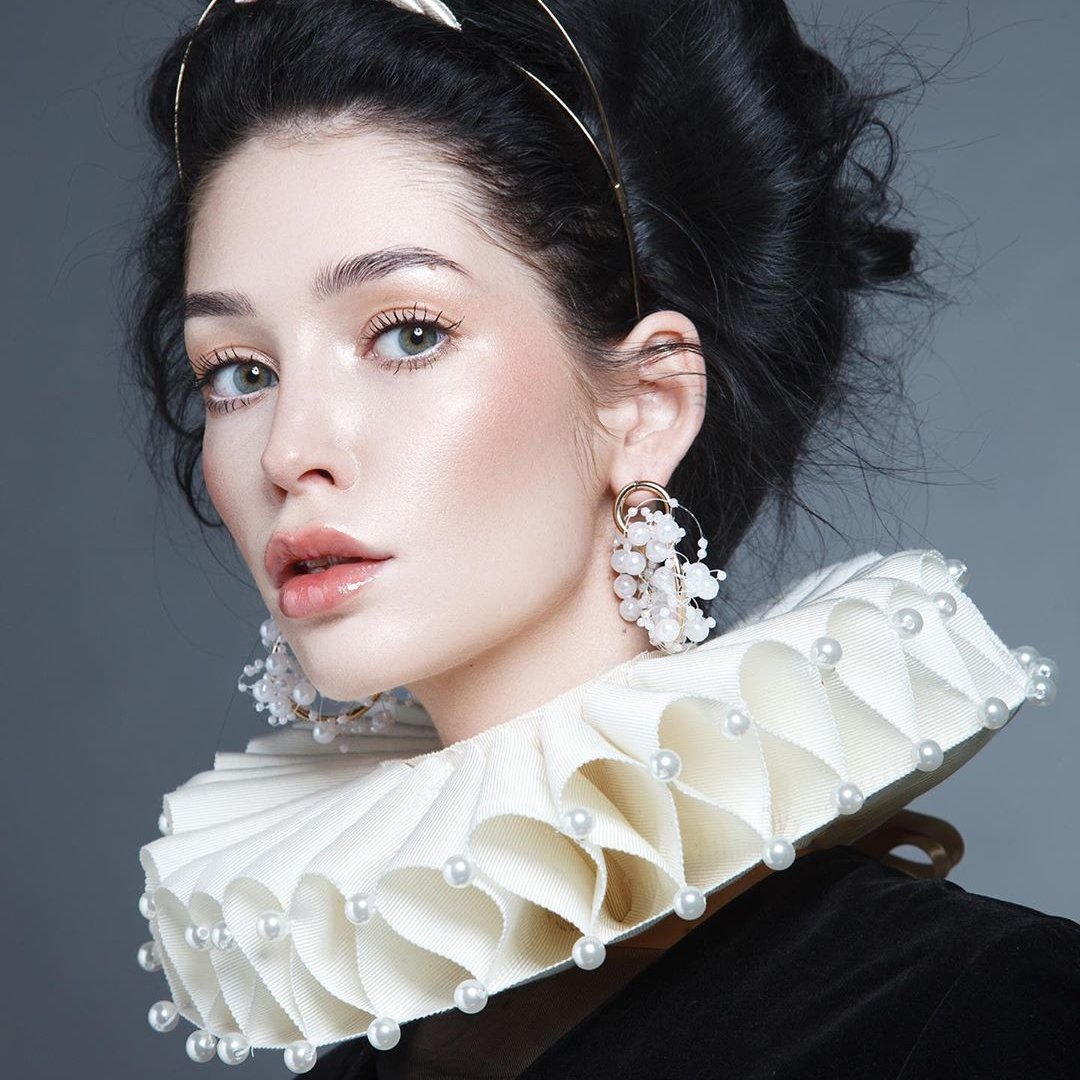 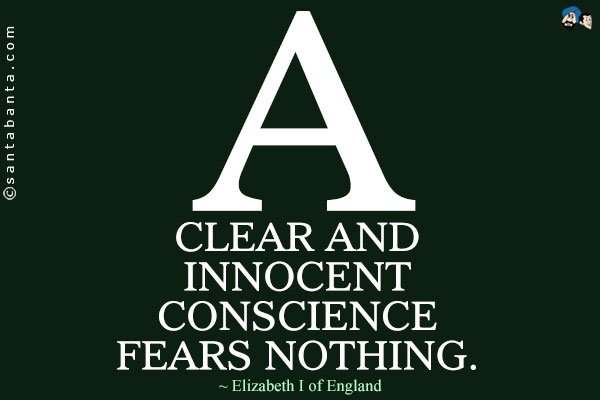 Queen Elizabeth I explained to the Spanish ambassador that “A clear and innocent conscience fears nothing.” I couldn’t agree with this more. When people are hiding something from others they become much more fearful that their secret will be found out. I think it is much better to live an honest life so that there are no added fears or stresses to deal with. Stress can take such a huge toll on the body. Although Queen Elizabeth I probably wasn’t thinking of the toll that guilt can take on a person’s health when she expressed this, I think it is probably one of the best reasons to pay attention to this quote. As a person who believes in reducing stress and fear as much as possible, this is one of the quotes from Queen Elizabeth that really resonates with me. 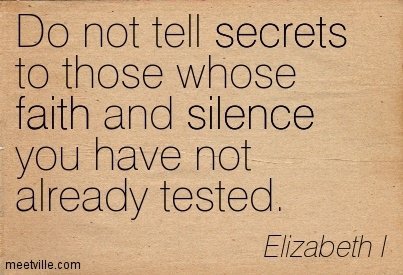 How many times have you told a secret to someone only to find out that your secret was not kept? If this has happened to you often, you might want to pay attention to Queen Elizabeth’s advice to “not tell secrets to those whose faith and silence you have not already tested.” Sometimes it can be so tempting to tell a secret, but it is really better to only tell it to a person you really trust, especially if the secret involves someone else. However, if you really want to keep your secret, it is probably better to keep your lips sealed. This is the only way to be sure that no one else will know! 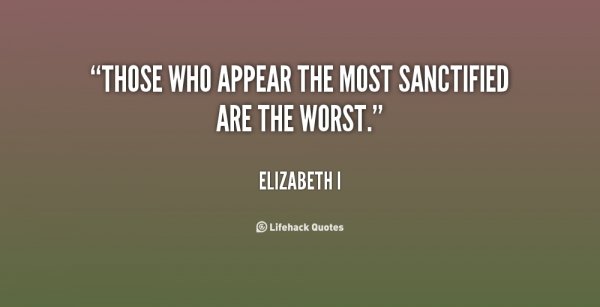 It can be very easy to glorify people who are placed on pedestals. Yet, there is something very truthful in the statement from Queen Elizabeth I that “Those who appear the most sanctified are the worst.” I don’t think this is always the case; however, often the people we glorify are not as grand as they appear to be. What I think is the most important piece of information to take away from this quote is that no one is perfect. Placing someone in a glorified position doesn’t make them infallible. People will make mistakes, and sometimes the mistakes are not pretty. It is better to realize that people are flawed and accept the flaws. 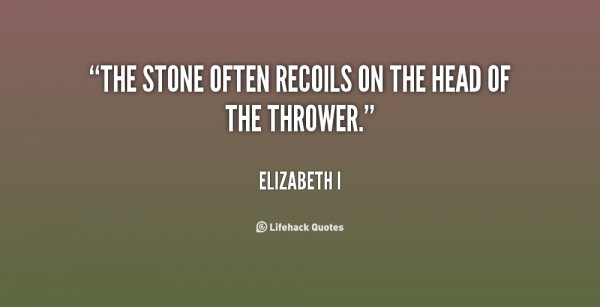 There is an important lesson in Queen Elizabeth’s words, “The stone often recoils on the head of the thrower.” When people have been unkind toward me, my mom always reminds me that in the end they will have to answer for their meanness. This isn’t meant in a vengeful way. Rather, it is about karma. I don’t think Queen Elizabeth I was referring to karma, but the concept is the same. It is best not to be the person who throws the stones. Rather, everyone should try to be as kind as possible and expect that one day their kindness will be returned to them.

5 Talking is Not Action 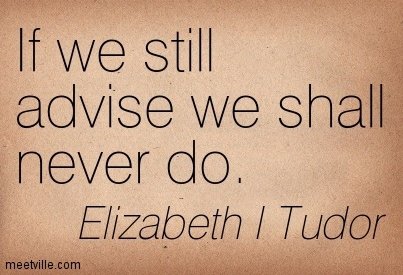 Queen Elizabeth I stated, “If we still advise, we shall never do.” I think it is very common for people to become too caught up in the planning process and put off actually taking action. Planning is important and necessary. It helps you make wise decisions, but at some point you have to jump. It is the only way you will get where you want to be. 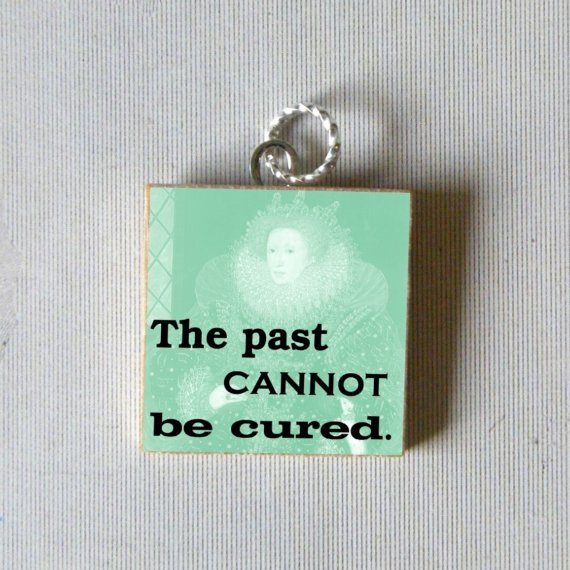 One of the more poignant quotes from Queen Elizabeth I is “The past cannot be cured.” I have made many mistakes that I wish I had not made. At times I have even wished that I could go back in time and change things. However, I have had to learn that I can’t change; the past that “cannot be cured.” It is best to learn from your mistakes and not live regretting them. After all, mistakes are one of life’s best teaching tools. 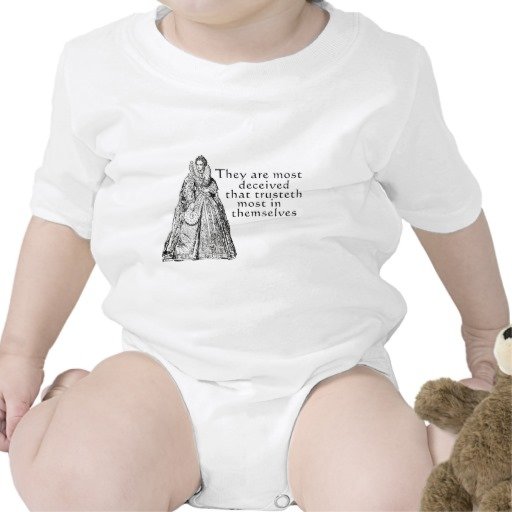 Sometimes it can be very easy to ignore the advice of other people. Yet, there is a lot of wisdom in Queen Elizabeth’s statement, “They are most deceived that trusteth most in themselves.” While I think it is important to trust your instincts, it is also important to give what other people say careful consideration. Sometimes our friends and family members can see things about us that we cannot. For me, my family knew that I was working too hard a few years ago. I thought I was fine, but when I finally burned out I saw that they were right. That experience taught me to listen carefully to what people tell me.

Queen Elizabeth I was a formidable queen and a strong ruler. There is a lot that the modern woman can learn from her. Certainly, her words are worth listening to. What is your favorite quote from Queen Elizabeth I?