Women are the subject of a great many misconceptions … many, many, many misconceptions. Many. If we like sex, we're slutty. If we don't sleep around, we're prudes. If we're too thin, we have an eating disorder. If we're overweight, we're gluttons. There are misconceptions about working women, stay-at-home mothers, and women who choose not to have kids. Feminists are seen as man-hating lesbians. Women who aren't feminists are seen as stupid, naive, or traitorous. You get the idea, right? Not so surprisingly, there are scores of absolutely ridiculous misconceptions about independent women, too – as if we should be ashamed of being independent as if there's something wrong with taking care of ourselves. That's especially funny to me since there are just as many misconceptions about women who maybe aren't as dependent. That's another article, however. For now, let's take a look at all the stereotypes that surround fierce, independent women.

1 We Don't Need to Rely on Anybody

Not true. Just because an independent woman can take care of herself, it doesn't mean that she doesn't rely on people for other things. She might not need you to pay for her dinner, but that doesn't mean she doesn't need emotional support from her loved ones. Independent women aren't islands. We're not aloof or anti-social. We just handle our business.

2 We Have Every Emotion under Control

The idea that you somehow can't be independent and emotional is ludicrous to me. They aren't mutually exclusive. I'm independent as hell, but I also cry and laugh and get angry. One thing doesn't have anything to do with the other. 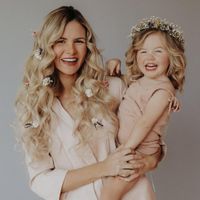 7 Tips on Increasing Your Chances of Conceiving a Girl ... 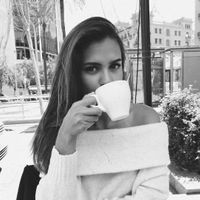 3 We Are Miserable All of the Time

Whaaat. Please. Independent women are some of the happiest women I know … mainly because they don't have to deal with anybody else's bull crap.

4 Our Expectations Are Too High

Sorry, no. Expecting to get out what you put in does not mean your expectations are too high. It doesn't mean your standards are too high, either. It just means you know your own worth.

5 We Are Way Too Hard to Date

Why is that, I wonder? Because we have opinions? Because we don't need someone to pay for dinner? Because sometimes we pay? Seriously, why are independent women too hard to date?

6 We Are Too Bold

We are just bold enough, thank you. Never feel bad for knowing what you want and going after it. Why should you?

7 We Can Handle Anything and Everything in Life Alone

Nope. Being independent does not mean that you will never need another living soul for a single thing. It simply means you can take care of yourself. You've got a job, you pay your own rent, you handle your car note, you step up in a crisis. That doesn't mean that we never feel pain, that we don't sometimes need a shoulder to cry on, or that we don't value companionship.

Sure, some independent women like to make money, to save it, and to have it at the ready. Others aren't overly concerned with it. However, we certainly aren't interested in someone else's money, given that we make our own.

9 We Would Never, Ever Make Good Housewives

Why? Seriously, why? Again, the two are not mutually exclusive. A woman can be independent while still being all sorts of other things – including a housewife if being a homemaker is what makes her happy.

10 We Have No Interest in Getting Married

Some of us don't. Some of us do. Funny, we're like people that way. Basically, this comes down to the individual – weird, right? Who knew?

No. We're just sure of ourselves. We're strong. We're self-reliant. We're aware of what we want and what we deserve.

12 We Don't Need to Be Pampered

All right. I'll grant you that one. We may not NEED to be pampered, but some of us WANT to be pampered. Being independent does not mean that we're all hard edges.

Being independent doesn't mean that we don't need other people, either – I really can't stress that enough. Independence has nothing to do with friendship, family relationships, or romantic relationships.

14 We Can Handle Everyone's Problems All by Ourselves

15 We Can't Be Caretakers

WHY? Why can't independent women be caretakers? Why would anyone even think that? Frankly, I think independent people – male or female – make excellent caretakers. When you can handle your own business with ease, it makes it easier to care for other people, too.

16 We Have Something to Prove to the World

Nope. We have something to prove to ourselves. Nobody else.

17 We Are Stubborn and Extremely Selective

Some of us are. Some of us aren't. It's that individual thing again. And if we are stubborn, it's strictly because we're used to doing things our own way.

This is why it's a bad idea to paint an entire group with a broad brush. What's the most ridiculous stereotype about independent women you've ever heard? 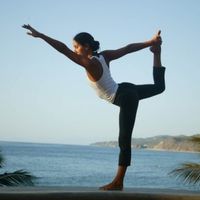 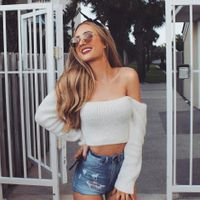 How to Feel Happier in Just 30 Days for Girls Who Are Feeling down ... 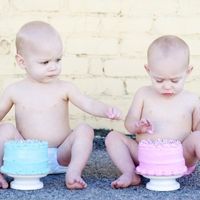 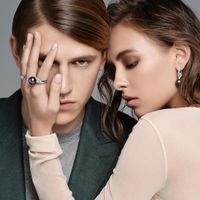 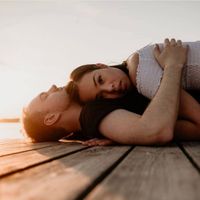 7 Games That Will Put Your Relationship to the Test ... 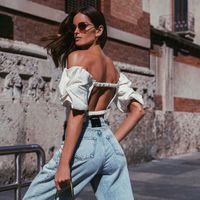 15 Bonding Activities You Can do with Yourself ...

What eyeshadow goes with hazel eyes ...
What to put psyllium husk in ...
What foods are high in iron content ...
How to apply prom makeup ...
What to do if my boyfriend hurts me ...
How to order at starbucks philippines ...
How to make a boy fall in love with you in high school ...
When a guy carries you in his arms ...
How to eat disgusting food ...
How much mercury is in fish ...