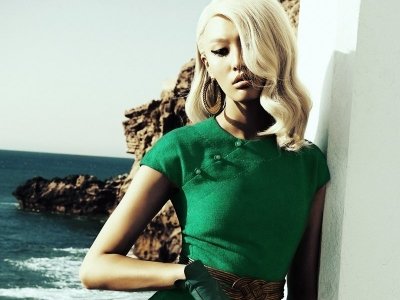 Each and every one of us has bad habits to let go of. We know we need to get around to eliminating them from our life, but somehow, that never seems to happen. Bad habits whether big or small, can eat away at your happiness in ways you don’t realize. They take away your time and thoughts from more important things, they can hurt your finances, hurt your health, and others even possibly hurt your relationships. Whether big or small, here are some bad habits to let go of to gain a little bit of happiness back.

One of the most common issues people suffer with today, is also one of the most harmful bad habits to let go of. For one, overeating stimulates a response in your body that leads to addiction. The same neurotransmitters in the brain that fuel overeating, also fuel addiction. They exist within the same realm, and addiction of any kind, even to delicious food, comes with serious consequences. Be sure to eat every few hours and eat a healthy balance of carbs, fat, and protein, so you don’t get too hungry, thereby avoiding overeating.

Overeating and binging are not the same issue, but they are very similar. If you binge, it doesn’t necessarily mean you have an eating disorder, though it could, or could lead to that. Binging, is the cycle of eating copious amounts of food in one sitting, either planned or not planned, to emotionally numb yourself from something. Binge eaters use food as a drug to numb some type of pain or void in their life. It is not the same as overeating where you just eat too much. Binge eaters may eat up to 3,000 calories or more just in one sitting, and eat past the point of pain and nausea to stuff away feelings. Over time, it becomes a harmful habit that can lead to obesity, depression, diabetes, digestive disorders, and a full blown eating disorder. It takes hard work but you so do have to get out of the cycle. Understand why you do this and when and take steps to change.

This bad habit is one we all know is bad for us, but so many people have a hard time giving it up. Most all smokers silently wish they could quit too. I have family that smokes, and every single one of them tells me it’s the worst habit they ever picked up. To get back your health and a boost of self confidence, put down the nicotine! Not only can it hurt you, but second hand smoke can even cause cancer in the people you love the most.

4 Speaking before You Think

How many of you have ever snapped at someone you love when you’re a little moody, and said something you wish you hadn’t? This seems like a human, harmless mistake, but believe it or not, can become a habit if you do it too often, writing it off every time as trivial. Before you say something - anything at all - think. Even if it seems like something harmless - stop and process what you’re saying to someone, even just for a few seconds, before you speak. This is especially important if you’re overall stressed out right now, or if you’re upset with them about something. We often say things we don’t mean to when we’re upset or stressed out, and later on, we feel terrible about it. You can't take back words you say to anyone, no matter if you meant them or not. Don't let a bad habit of spouting off to someone in the heat of stress end up ruining your relationships for good.

Oh boy, this one is one of the hardest issues many of us have to deal with. Why is money such a “dirty” topic many of us don’t want to talk about? We often find it embarrassing, self deprecating, and even see it as downright rude to talk about in some cases. I don’t think this should be true, because this whole mentality around money can actually create the problems most people suffer from with money, like overspending. How many of you have ever overspent on anything from groceries to clothes, out of the need to relieve stress? Maybe it was because you earned a little more than normal, or simply because you were in a good mood and just decided to let loose with your paycheck. There is hope for change. It just all starts with you, and what you’re willing to do to make it happen.Understand your finances by creating a budget and then stick to it. It’s worth every bit of mental freedom it brings too.

Caffeine is one of the most addicting drugs there is, and few people realize just how much they take in everyday. Even I know from my one cup of coffee, that the small “hit” caffeine brings from the very first sip, is so energizing and relaxing at the same time, that it becomes addicting in no time. Caffeine is not the enemy, but overdoing caffeine is definitely a bad habit to let go of quickly. It can lead to poor insulin resistance, leading to diabetes, and it can lead to heart palpitations and high blood pressure. Did you know that regardless that people use it to lose weight, it can even lead to weight gain because it triggers you to crave more addictive substances like high fat foods and sugar? This happens because when your body withdraws from caffeine, it naturally craves that same “hit” of relaxation and satisfaction in your brain, from fatty and sugary foods? Caffeine can also lead to adrenal exhaustion, which can impair your thyroid, lower your energy and make you exhausted, and it can weaken your immune system. Cut back on caffeine by half each week, until you get down to one or two cups at the most each day. Just be sure to leave the sugar out of your caffeinated choices, and choose coffee or tea over energy drinks and energy pills.

This little bad habit might surprise you, but it’s one that steals your happiness every time you indulge in it. Do you put yourself down in ways you don’t even realize? A good example is when someone compliments you, and you either argue with them, or make an excuse for their compliment. Or, perhaps you put yourself down by telling yourself you aren’t capable of doing things like accomplishing goals or even overcoming bad habits. All of these are examples of ways you might put yourself down every day and they’re all very common, especially among women. You don’t have to hold yourself on a pedestal or become egotistical, but have some pride girls! Tell yourself that you’re competent, capable, and most certainly deserving of achieving your goals, happiness, and yes, even taking compliments on your fabulous hair!

There are many more bad habits we all suffer from, but these are just some common examples I see among others and some from my past experiences. I understand all too well that change doesn’t happen overnight, but taking baby steps to eliminate these bad habits will eventually make them disappear. It will make such a huge difference in your life, and one day, these little habits will be a thing of the past. Even just letting go of one small thing a week can make you happier and confident, in ways you never imagined. Were any of these bad habits things you need to let go of? Or, what bad habit do you think you need to change?