Everything to Love about Being a Libra ... 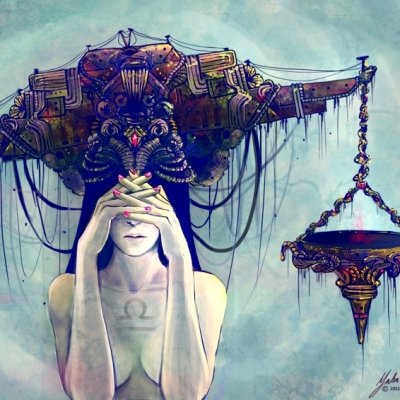 There are a lot of fantastic things to love about being a Libra. I have to admit that I think Libras are pretty special. My daughter is a Libra and I love so many aspects of her amazing little personality, many of which can be traced right back to Libra traits. These are some of the very common traits Libras share, all of which are things to love about being a Libra.

Most Libras are peacekeepers. If you’re a Libra, you probably dislike conflict although you can handle it well enough if you’re forced into it. You dislike arguments and would rather avoid the issue if possible. Since there are so many people that want to create issues in life, a Libra’s take on keeping the peace is refreshing. This is one of the many things to love about being a Libra.

Libras are quite charming. People often say that you’re likable. They enjoy your charming personality in the workplace or knowing you on a personal level. You help others to relax and enjoy life a little more. It’s not unusual for others to say that you’re a pleasure to be around.

3 You Tend to Be Optimistic

Libras are wonderful at looking at the bright side of things. For those that aren’t so sunny in personality, you can really help them see the positive side of things. It can help others to fight their negative disposition and hope for the best in situations. This is a quality that others really value in you.

4 You’re Not a Drama Queen

Libras are not typically drama queens. While there are some signs that are pulled toward drama with what seems to be an almost magnetic force, Libras is not one of them. A Libra will go out of her way to avoid drama and doesn’t have a lot of tolerance for those that create it. If you have an issue with a situation, you’re more likely to avoid it rather than cause a scene. This’s admirable and something others could learn from.

5 You’ve Got an Adventurous Spirit

Libras aren’t boring individuals. If you’re a Libra, you more than likely have an adventurous spirit. You love to experience new places and things. You have a great love of travel and aren’t afraid to try exotic foods. No one could ever accuse you of being boring.

This’s a trait that not everyone can claim. To be witty means that you’re very clever in the jokes that you make. You can come up with something to say that’s humorous in almost every situation. You’re great at coming up with a humorous comeback. This’s a trait that few people have. It’s also a trait that showcases your intelligence in a unique way.

Libras are not people that will sit on the sidelines and watch life idly pass by. You’re a person with dreams and ambition to back them if you’re a Libra. You want to go far and you’re willing to put in the hard work to help you get there. This trait will help you to push for success, whether it’s in school or in your career. A Libra will never settle for mediocre and that’s a very good thing.