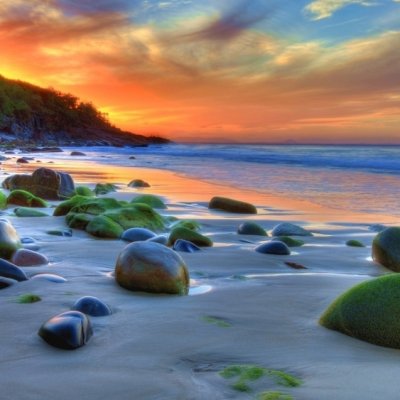 Instead of competing with your classmates to be the smartest or competing with your friends to be the prettiest, remember that you're on the same team. Life isn't a contest. Yes, you'll occasionally be pinned against each other at job interviews, but the majority of the time you should be proud of your peer's success. One of the ways to make the world a better place is to remember that we're all human. We all have ups and downs, and should be happy when someone we know does well in life.

There are way too many instances of violence in the world today that we don't need to contribute to. When you have a fight with a friend, don't get into a fist fight. When you break up with your boyfriend, don't slap him. Find other ways to deal with your anger.

Charity work isn't as boring as some people believe it is. You don't have to do cliche things like volunteer at a soup kitchen or plant trees. There are plenty of fundraisers that you could help out with that will let you have fun while you're helping.

4. Be Kind to Nature

You don't have to become a gardener, but you shouldn't toss your litter onto the street and into the water. Recycle when you can and turn off the water when you're not using it. Small things can add up, so do whatever you can to keep our planet spinning.

5. Donate What You Can

Donating blood doesn't take long, and you usually end up with a free cookie or sticker. If needles terrify you, then donate clothes instead. When you're finished with them, you're just going to throw them out, so you might as well give them to someone else who needs them.

You can't make the world a better place until you make your town a better place. That means that you should be kind to your friends and family by helping them when they have a problem and trying to make their life better overall.

Smiling at a stranger could make their day. A little taste of kindness can go a long way. It doesn't hurt you to smile, so you might as well do it as often as possible. Not only will it make the people you pass happier, but it'll make you happier as well, so lift those lips!

There are some pretty ghastly things that are currently occurring on our planet, but it's up to us to change them for the better. Don't believe that one person can't change the world, because every move you make is more important than you'd think. What do you do to try to make the world a better place?