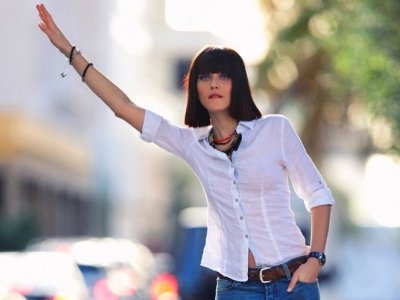 One of the ways to be a student of life is to not live it by Facebook. It is supposed to be a social tool and maybe something to stop boredom, but there are people who live their life by it. We used to decry the people who spent five hours per night of their free time watching TV, and yet there are now people who use Facebook when they get home and through the day on their phone too.

2. Plan What You Eat

You can plan out what you are going to eat through the week. It will stop you snacking, and it will stop you buying food that is going to go off. You can plan your meals five days in advance and if you are lucky, by the end of it you will have a batch of leftovers in your freezer so you can squeeze a few more days out of your food budget. If you have fun with your food and plan to cook things you would not normally eat then you will enjoy your food a lot more and be healthier for it.

3. Find Enjoyment in All You do

One of the ways to be a student of life is to find enjoyment out of all things. Even menial tasks can be turned into a game and imagination can turn vacuuming the floor into a war with Vladimir the Vacuum against Colonel Crumbs.

Keeping an open mind is going to allow you to experience things in life that you would have otherwise been closed off to. Things are not as bad as you think, and there are times when they are not as good. Young men fantasize about having sex when they are older, and by the age of 30 they are tired of it and just want a cuddle. Some people fear the horrors of being in or around a fight, only to discover that it is no big deal. And, never, ever stop learning, or think you know all you need to know.

5. Being Organized Keeps You Sharp

Those people who seem to be permanently organized are not that way through some sort of coincidence. They are organized because they have trained themselves to be more organized. They have put work into getting into the routine of being organized and after a while it becomes second nature. Get into the habit of writing out a daily plan, and get into the habit of following your plan through to conclusion. Once you are in the habit then you will not have to fight your less efficient urges as often.

6. Get Plenty of Sleep

You can function on just four hours per night but you put yourself at risk of being lethargic, irritable, moody, offhand, restless and downright slow. Get plenty of sleep and you may find that you daydream some of your productive hours away--but the times when you are productive are highly effective. It is better to have 3 productive hours over 8 semi-productive hours.

7. Find an Honest Way to Make Some Money

Nicholas Cage’s best movie is called “The Lord of War” and in it he says, “Being honest is too hard because there is just so much competition.” And, he is right--being honest is hard work, but you can push yourself and be honest too. It is all about finding yourself a place in our society and milking it for all it is worth. You do not even have to be the best at what you do; you just have to be important to someone or some part of the population or a business.

We only have one life and too many of us sit on the sidelines watching it rather than really being in the game. If you’re on the subs bench, push yourself harder to make the starting lineup. If you’re on the bleachers, get into the gym of life and get working out. These ways to be a student of life are designed to help us make the most of our precious time on Earth. What position are you currently playing?