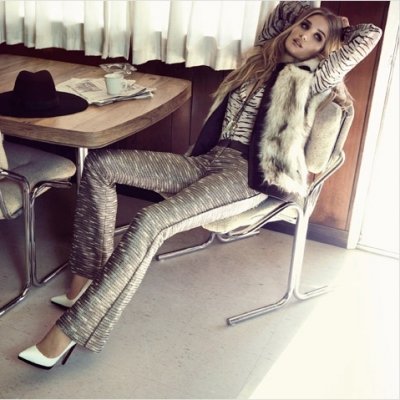 The odd thing about calling someone a narcissist is that you may see it as an insult and they see it as a compliment. A true narcissist is usually proud of the traits that you are trying to point out to them, because distilled to its simplest form, narcissism is all about vanity and ego. But how do you determine the signals and how to you spout if you yourself have an issue? Here are some of the most common signs of narcissism.

1. You Know Envy as if It Were a Blood Brother

One of the big signs you are a narcissist is that you know the feeling of envy. You feel that literally thousands of people envy you. You are such as narcissist, that you do not believe this article is about you because it must apply to all those other losers. So much of a narcissist are you that any criticism is deflected and you honestly believe this article is not about you. As a narcissist you know envy from the fact other people envy you, or at least so you think, and you know envy because there are people that have the things you should have. They were lucky or privileged and it is not fair (right?).

2. You do Not Know How Rude You Are

Another of the signs you are a narcissist is that you are rude or offhand with other people that you consider to be beneath you. The trouble is that as a narcissist you do not recognize when you are being horrible to someone. Even if someone held a mirror up to you and asked you, “How would you feel if someone did this to you?” You would say the other person took it the wrong way, and that you were not being “that” mean.

3. You Imagine Your Own Success

This includes fantasizing about future and the past. You savor your old victories and you love the fact that you have a fantastic future in the works.

4. You Have a Very Exaggerated Sense of Your Own Self-importance

If you were to die tomorrow, then the world would suffer a great loss. It wouldn’t know it, and the world wouldn’t throw you a big parade, but the future generations would miss the fact that your impact on the earth ended too early.

5. You Want to Be Constantly Admired

After all, if people worship celebrities when they have done nothing, then why should not they be worshipping you? At least you have achievements and are great instead of being a phony and being famous for nothing like the celebrities.

6. You Take Advantage of Others - Consistently

Other people are beneath you; they are not doing anything with their lives, so why not take advantage. They have no worth beyond what they can do for you, so you take advantage whilst they are still around.

7. You Cannot Empathize with Others

Why should a narcissist emphasize with others? They should be empathizing with you. They don’t know what you have had to go through. They do not know you are suffering. They should get over themselves and get a life.

8. You Will Only Associate with Those with a Similar Status

Most narcissists are like the young teenage girls you see in Hollywood movies. They hand around in cliques with their “own kind.” They discriminate on the most childish things such as what brand of handbag the other person has. They would prefer not to be around people of a lower status.

9. You Act in an Entitled Way

Why shouldn’t a narcissist act in an entitled way? You are entitled to more than the rest. You may tell yourself that you do not, and you may believe that you are not entitled and that you have forged your way on your own, but in your heart you know that this world owes you a lot--and it had better pay up.

There’s a big difference between acting spoilt and superior and being a narcissist. Would you be interested to know that in its full blown state, narcissism is a considered a personality disorder, along with other mental disorders and it is believed that up to 6% of the US population suffers from it.

Of course there are some upsides. Narcissists can be very driven, leading to great success or positions of power.

If you exhibit these signs there really is only one cure because self help is not a remedy. You need to engage with a psychiatrist trained in dealing with this disorder.

Do you think you have narcissistic characteristics?