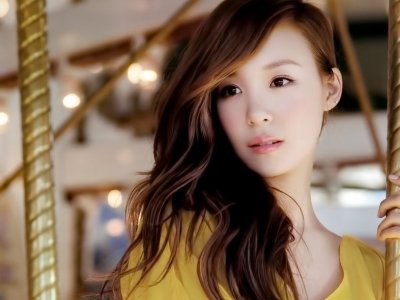 Why anything is possible? Did you read that right? Yes! People have what is known as a confirmation bias. This means that if they want to believe something then they look for proof they are right and ignore the proof they are wrong. They do not understand the difference between the improbable and the impossible. I want to show you why anything is possible if it is probable. If there is a million to one probability of you jumping a train on your motorbike, then if you try it a million times you will succeed at least once. Here is an example of why anything is possible if you understand the difference between improbable and impossible.

1. The Lady Who Answered the Phone to Her Boss

Understanding probability is the first step to understanding the reasons why anything is possible. A lady in the countryside answered a pay phone and it was her boss trying to get in touch with her. It turned out he misdialed a number and by coincidence reached a payphone near the lady. This is explained by psychics as some sort of extra sensory perception on the side of the boss, but the fact is, it is just an improbable event. If there is a 1 in 10,000 chance of it happening, then people forget that out of every 10,000 times there will be one occasion when it happens. Many times a coincidence is just a coincidence.

2. I Can Guess when the Phone Will Ring

Look up the meaning of a “confirmation bias” and you will see how such psychic events are simply serendipity. There are online psychics who claim they can teach you how to guess when your phone will ring, but the fact is you cannot. The truth is that guessing when your phone will ring is not even that improbable. If it rings even just once per week, then there are 52 chances per year that you have to guess correctly. If it rings just once per day then that is 365 chances to get it right. And yet people act with surprise when others happen to guess when their phone will ring. Few people express such awe at the many times it doesn’t happen; in fact most people consciously or unconsciously ignore the times that do not support their bias. The many times they have stared at their phone and it has not rung is ignored because of the few times that it has.

The reason why anything is possible is because we have time that flows forwards (at least that’s how we see it) and that time is seemingly endless. If throughout the history of the world the chances of a giant squid attacking a boat are 230,000 to 1, then at some point in time a giant squid will attack a boat. The lottery is 14 million to one, but that only means that if you buy 14 million tickets for one week then you are bound to win.

4. Your Cup Can Jump off of the Table

Probability and possibility are defined by this example. Did you know that it is possible for your cup of coffee to leap from a table naturally and fall on the floor? If all of the atoms and molecules just happened to be moving upwards at the same time then your cup would fly off the table. By our laws of physics that is absolutely possible, but because there are so many atoms and molecules in a cup of coffee it is highly, highly improbable, but it is not impossible!

5. Doppelgangers Are Real and Very Common

A doppelganger is a person who looks just like you. Con artists will sit in public places for hours looking for people who are their doppelganger so that they may steal their ID and use it. This is just another reason why pickpockets operate in busy areas of cities. You may know hundreds of people in your town and yet when people from your town are shown on TV you recognize nobody. This shows just how unlikely it is that you will meet your many doppelgangers in this world--because there are simply too many people in it.

Remember that scene in "What’s Eating Gilbert Grape" when Johnny Depp said, "Doctors said we'd be lucky if Arnie lived to be ten," Yet when the movie ends he is 18. This is not an uncommon occurrence, and it is not due to doctor incompetence or the power of prayer. When people live past their expected life span then it is simply improbable, but not impossible. There are so many variables in life that we may never know why people who would have otherwise died have carried on living past their (pardon the expression) expiration date.

This is one that most people think is extraordinary, but most forget the empirical evidence all around them. In their town alone they could find plenty of people who have lived parallel lives to the identical twins and yet that is overlooked. What are also overlooked are the many identical twins that are separated and that live completely different lives. This phenomenon is just a case of reading too much into what is a very, everyday occurrence.

Have I presented a convincing set of arguments as to why anything is possible?