Here's What You Have to do to Improve Your Karma ...

Do you believe in karma - that you get what you truly deserve, whether good or bad? The law of karma dictates that you never really get away with behaving badly and that your behavior will catch up with you in the end. Equally, good people may sometimes seem to experience worse luck than they deserve, but will get their reward later. Here's what you have to do to improve your karma …

1 Never Cheat - It Will Catch up on You Later

It's said that cheats never prosper (by older people anyway!) - and that's often the case. You might be tempted to sneak a freebie at work, or fail to tell a cashier that they've given you too much change. But karma won't forget, and when you think that you've got away with it you'll find that you lose out somehow. Cheating always catches up with you later.

Adopting a positive attitude does us good in so many ways. You'll feel better if you view life in a positive way. But it's also good on the karma level, as you'll give out positive energy to others. You'll then receive positive energy in return. So look on the bright side and keep an optimistic outlook. 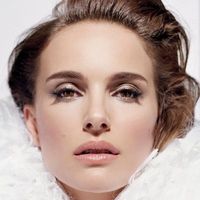 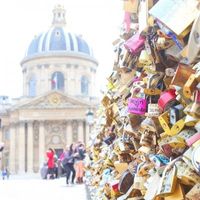 Love lock locations near me

Someone once said, 'Be nice to people on the way up, as you'll meet them on the way down.' Karma has the same opinion. Not only will people remember if you were nice or mean to them personally, but karma will tot up your 'niceness points' and dish out the same as you did. Treat people well, and you'll get the same in return.

4 Do Something without Wanting Anything in Return

You can earn some big karma points by being unselfish. Instead of thinking 'what's in it for me?' you should do something for another person without expecting anything in return. Whether it's helping out someone you know or doing a good deed for a stranger, just enjoy making a nice gesture. Not only will you feel good, but you'll also be rewarded later when karma brings you something nice.

5 Lose That Sense of Entitlement - Nobody Owes You a Thing

Cheats aren't the only people who don't prosper - people who think the world owes them are generally disappointed. Even when they think they've got what they wanted, they're not really happy. Lose any sense of entitlement that makes you think your parents owe you an inheritance or you deserve a great career without working for it, and you'll be a happier person.

6 Be the Bigger Person

You can also boost your karma by not insisting on always being right or getting your own way. Give in sometimes and let the other person have their way. Does it really matter if you think they're not right, and they insist that they are? Let it go, and be the bigger person.

shannon I still have a problem with because people think y...

7 Help out - Donate Your Time

Finally, one of the best things you can do to earn karma points is to give your time to help others. There are so many organisations and groups that could use your help, so find a way to volunteer and help others. It can really make a difference to other people.

Karma really does happen - I've seen it in action. So make sure that you earn good karma! Have you ever seen people get what they deserve, either good or bad?

Whats the difference between body mist and perfume ...
How to change my look ...
What happens if you starve yourself but drink water ...
Why shouldn't you mix drinks ...
Why do first love always fail ...
It is okay to make mistakes ...
What foods cause your stomach to bloat ...
How to avoid nosey neighbors ...
What food should you eat mostly ...
How to have wild sex ...