Change Your Image of the World and Be Happy ... 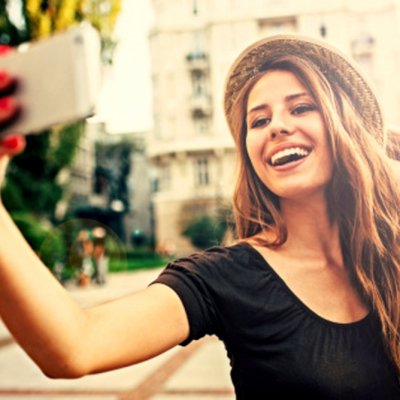 Each one of us is in the pursuit of happiness. We aren’t on Earth just to exist. We want a full life. We want to make the most of our days. Yet for many of us, happiness is a mercurial and elusive concept. Maybe a shift in attitude is the key?

1 Do You Have Missing Tile Syndrome?

This is a term coined by Dennis Prager. In an office ceiling, there was a tile missing. All the guests noticed the missing tile. Dennis points out that most people think of themselves in this way. People concentrate so hard on what is missing that they make themselves unhappy. Working on your missing tile is a good idea, but you would be far happier if you spent just as much time appreciating what you had. Here is a full explanation of the Missing Tile Syndrome

This is a ticklish concept that some find hard to swallow. Failure only ever happens when you stop trying. If you never stop trying, then you never fail. Everything that may be defined as a failure is simply something you learn from if you are going to keep trying and pressing onwards. Don’t feel bad if you think you have failed, seek out the lesson to be learned and try again.

Horrible things will happen to innocent and good people, and the bad guy will get away with his crimes. You can spend your life doing good things only to be rewarded with robbery, betrayal and heartache. This is because life isn’t fair, but instead of being sad about it, you should be glad. Life is not fair, which means you are reading this right now instead of picking grains of rice of out the dust or being tortured in a prison. The door swings both ways. Life is unfair, which means the odds will sometimes be in your favor.

4 You Don’t Know What Will Happen Tomorrow

You may be lying in a hospital bed, in crippling debt or have lost the love of your life. No matter what happens, you should always keep going and keep trying. You cannot predict what will happen tomorrow and life has a way of surprising and scaring all of us. Tomorrow your disease may be cured, you may get a high-paying job or may fall in love with your real knight in shining armor. Never give up.

When people find others with contrary opinions, they tend to view the other person as bad, but this is rarely the case. Liberals say that republicans are evil, but there are just as many republicans that work to help the environment and the poor and helpless as there are liberals doing it. Republicans say that liberals are dangerous for jumping on every trend and scaring people, but there are just as many liberals as republicans that understand a cigarette is not the equivalent of a cyanide pill, and there are liberals that are against drugs instead of promoting them.

Even if other people’s opinions differ from yours, it doesn’t make them bad people. As you grow older, your opinions will change too. Does that make you a bad person because you believe something different today than you did when you were a teen?

6 Well She is Just Wrong

Many people justify their comments or behavior with the argument that another person is wrong. For example, teens may say, “Yeah I took the car without permission, but mum did the same when she was a kid.” Some parents will back down at this point, but a smart mother may say, “Yes, but I am disappointed, I hoped you were smarter than I was at that age.” Just because other people may have done wrong or said something wrong, it doesn’t justify what you do or say. The phrase, “Oh well, nobody’s perfect,” is a sad and pathetic cop out. Nobody ever said you should be perfect. People just ask that you do not do and say bad things. Stop making excuses and recognize your words and your actions for what they are--your responsibility.

7 Life is Not What You Thought It Would Be

We all have images in our minds of what the future holds and what we want. You may have wanted children that play on a soccer team or a husband with a full head of hair. Life often turns up things we didn’t expect, but instead of focusing on what you thought, focus on how it turned out. You may have a bald husband, but he may also treat you better than any man ever has. Your kids may be computer nerds instead of sporting stars, but already they are showing signs of academic greatness. The truth is that most people “Don’t Know” what they actually want, which is why you should enjoy what you have because you chose it.

I’d love to hear if any of this resonates with you? What can you do that you think will make you happier?