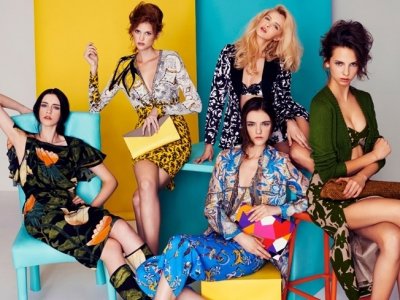 1. Be Happy for Other Women

I sometimes find that women fail to be happy for other women, but this is certainly not one of the ways women can support each other. So what if one of your girlfriends has the cutest guy, a great job or a slim figure you would die for? Not only is it not nice to begrudge other women of the things she has; it also shows that you suffer from jealousy. If someone is good enough to be your girlfriend, she is good enough to deserve whatever it is that she has. So next time she expresses her joy about something, tell her you’re happy for her and that she deserves it. There's actually a Sanskrit word for this "happy for your success" feeling: mudita!

2. Stick up for Other Women

Sticking up for other women is a great way to support each other and it can be done in so many ways. One of my favorite things to do is to donate money to a foundation that supports women. There are foundations out there that support women who are a victim of domestic violence or those who want to start their own business in a poor country. But perhaps a more simple way is more up your alley. Sticking up for women is in the little things, like supporting each other, but also defending each other in private life and in the workplace. Next time when you see that a woman needs to defend herself (in any possible way), stick up for her instead of turning away.

Some women suffer from envy by default and you might have noticed that these women don’t usually give other women compliments. You, as a woman, have the power to change them. Some women might turn their back on them, saying they are mean, but the truth is that this behavior often derives from insecurity. So give them compliments about their looks or accomplishments and see if they start to give back compliments to women eventually. If a woman looks her best or did a great job, it’s probably because she put time and effort in it. So why not tell her she has done a great job? Giving compliments is a powerful thing and it can lift the other person’s mood instantly. Not to mention, it can lift your mood as well, once you see that you’ve made another woman’s day.

4. Help a Mother with Her Stroller or Groceries

If you live in a city, you’ll probably see lots of mothers carrying around with strollers and groceries on public transport. Sometimes, they could use a little bit of your help. Offer her to carry her stroller up or down the steps or hold the door for her. Being a mother must be a great thing, but as a childfree woman, I sometimes wonder how they all pull it off, as I already get annoyed carrying around only 2 bags of groceries. So yes, mothers deserve all the help they can get. They are so used to doing it all by themselves and they’ll probably be surprised if you help them out spontaneously, so it’s definitely worth making their day.

Everyone has young girls around them, whether it’s younger sisters, cousins, nieces, neighbors or you may even work with children. What these young girls see and hear is crucial, as they are still growing up and forming their own opinions. We often don’t realize we are an example to them. For young girls growing up these days, it’s too easy to copy our behavior, so stop complaining about your tummy and stop saying you’re on a diet. You’re much better off teaching these young girls how to love their bodies and how to deal with moderation when it comes to eating a healthy diet. Also, make sure they understand what they are worth, so they know whether the behavior of a guy is acceptable or not.

6. Listen to Other Women

Sometimes, your advice is not needed and all you have to do is listen. So whenever one of your girlfriends needs it, let her know that she can share with you whatever she wants to share and that you will only listen. Make sure she knows that you want to give her the opportunity to empty her heart and that she can ask for your opinion or advice, so that she doesn’t think you don’t care. Look at her, be silent and tell her you understand her situation. Put all your judgments aside. Often, it is another woman’s opinion that makes a woman keep her problems to herself.

I often hear that women don’t support each other enough in the workplace and even that they undermine each other’s efforts and keep knowledge to themselves. If we would all stop doing this, life would be so much easier for us, and not only that. It could make work a more fun place to be, where women team up and help each other to move forward in whatever it is that they want to accomplish. Sharing your knowledge with other women can be very fulfilling, especially when you see them grow once you’ve transferred your knowledge. It means you have contributed to their path to success and they will be forever thankful for that.

I’ll be honest to say it sometimes disturbs me to see how poorly women treat each other. If we could only accept the fact that we’re all different, yet the same, some of us wouldn’t be so mean. Women are sometimes considered to be the weaker sex, for example because they are more prone to domestic violence and working yourself to an executive role can be more difficult than for men. But I think in many ways, we are the stronger sex and we should work together to make this clear to the world. What do you think is a great way to support other women?