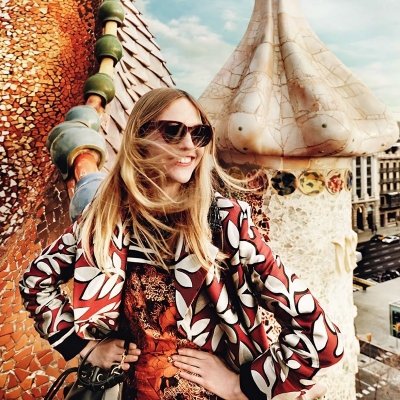 Even if you're in a relationship, you're still going to find others attractive. You don't stop noticing hot guys when you have one all to yourself. As long as you don't act on your feelings, you didn't do anything wrong. Staring at someone sexy when you're in a committed relationship is one of the bad things that don't make you a bad person. It just makes you human.

2. Lying to Protect Yourself

If your teacher asks why your assignment wasn't sent to her on time, you might lie and say that your computer died. If your father asks how well you're doing in school, you might lie and say you're doing fine. You don't want to get into the habit of lying, but sometimes it's your natural reaction, and that doesn't mean you're a bad person. You're just trying to protect yourself.

It's not cruel to hope that you get a promotion over your coworkers. It's not horrible if you're happy that your crush asked you out instead of your best friend. You shouldn't let your selfishness go out of control, but you're always going to want what's best for yourself, so don't feel bad about it.

It's never nice to scream at your parents or siblings, but it happens. As long as you apologize for it and try not to do it again, you shouldn't feel too guilty. Everyone has bad days. Your family will understand that you needed to let off some steam.

5. Breaking up with Someone

You might feel like the evilest person in the world after breaking up with a guy who treated you like a princess, but you can't keep dating him if you don't love him. It's not his fault that you feel that way--but it's not your fault either. If the relationship is over, it's over. You're not a bad person for telling him to move on.

Gossip can be hurtful, but it's something that everyone does. If you're not gossiping about your coworkers, then you're gossiping about celebrities or strangers you saw on the bus. People love to talk about other people, so as long as you're not intentionally cruel, it's okay to gossip a bit.

It doesn't matter if your friend or family member has been there for you in your darkest times. If they're dangerous to be around now, then you have to delete them from your life. It might feel wrong, but you have to protect yourself. If they're causing you to head down the wrong road, then say goodbye to them. Just because you're removing them from your life doesn't mean that you've stopped caring about them.

You don't want to keep doing something you know is wrong, but you shouldn't think you're a horrible person either. Have you ever considered yourself a bad person for doing one of the things on this list?