What to do when Youre Body Shamed ... 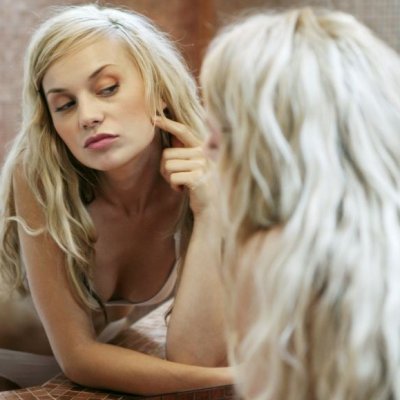 Body shaming is far too common these days. People say things on social media that they wouldn't dream of saying to someone's face! They'll be rude about someone's size or looks, because it's all too easy - and there isn't the same consequences as there would be if they were rude to someone in the same room. So what should you do if you're body shamed?

The downside of internet access is that everyone's a critic and likes to share their opinion - whether it's wanted or not. And some people are just plain mean. Body shaming is sometimes meant to hurt and sometimes thoughtless, but invariably inappropriate. It's just someone's opinion, and why should you think this stranger is right?

Don't let the comments of a stranger get to you. You have the power over how you feel. So what if they think you're too fat/thin/old? If they're out to upset you, responding angrily will show that they've succeeded. Instead, just shrug off their comments. Their opinion isn't important to you.

3 There's Nothing Wrong with You

Chances are that there's absolutely nothing wrong with your looks. Confidence is the most attractive thing. You don't have to conform to anyone's idea of beauty, which is subjective anyway (western cultures value thinness, but there are others that think being heavier is more beautiful).

4 It's Just Words on a Screen

Whenever someone body shames you, remind yourself that it's just words on a screen. If you're really that hurt by what they say, be more cautious about what you post on social media and who you allow to have access to it. If you're posting on an open platform, then anyone can have their say - and that won't always be very nicely worded.

5 Don't Get into an Argument - You Won't Change Anyone

Never get into an argument on social media. You don't have to respond to any attempts to body shame you, and you'll rarely succeed in making anyone realise that they're wrong. Make at most one response and leave it at that. Most online bullies are best ignored, and they'll go away if they see they're not getting the desired response.

Often the best response to body shaming is to post positive material. If you've been told you're overweight, post pictures of yourself looking gorgeous (everybody has some!). Or post an affirmative quote from someone who inspires you. It might just shame the person who's trying to shame you - and it'll help you feel more positive about yourself.

7 If You Want to Change Anything, Change for Yourself

Body shaming ignores that we come in different shapes and sizes - and it's also pretty rude. It's not for someone else to criticise your body, and you'll be happier if you accept yourself as you are. Nobody's perfect, so don't try to be. Why do you think people body shame others?