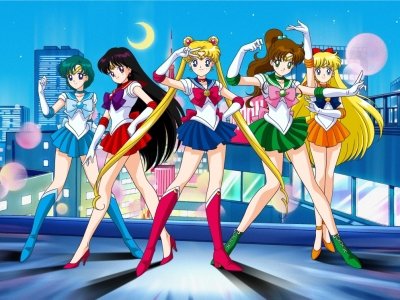 Sailor Moon always put her friends first; friendship was such an important element of the show. As it says in the song, “she would never turn her back on her friends”. It’s illustrated in the show that true friendship can withstand any obstacle and that only with the help of friends can the monsters in life get defeated. The Sailor Scouts’ combined power was the most powerful power.

3. There is Joy after Suffering

Every time something traumatic happened in the show, the Scouts found joy after the suffering because no matter what, they all stuck together. There were countless times heartache, pain, suffering, death, breakups, and confusion hit hard. No matter what though, the girls made it through everything. This gave me a hope that everything will always be OK and that everything happens for a reason.

Sailor Moon was a naïve, whining, and irresponsible girl at the beginning of the show. Nobody would have ever imagined that she would one day become the most powerful Senshi. I am naturally blonde, have blue eyes, and am 4”11’ (well, I’m 5”…close enough, right?) so I personally connected so much with her character Usagi (Serena). Her big personality and big dreams taught me that height and age don't matter – all that DOES matter is having a heart that passionately cares.

Sailor Moon taught young girls how to believe in themselves – it was so beautiful and refreshing to watch her mature and grow into a confident and independent young lady in the later series. If you believe in yourself, you can move mountains and fight off ANY evil.

6. Fight through the Tough Times

Don’t ever quit; don’t ever give up – that was how Sailor Moon handled every single tough time. She never allowed a scary situation or betrayal or attack to ruin her day or distract her from persevering. So a great lesson I learned as a young girl was the keep fighting through the tough times. In the end, love always wins so just keep going.

7. Don’t Underestimate the Power of a Woman

Ladies we are strong, we are beautiful, we can accomplish anything we set our minds to, we are powerful! Sailor Moon certainly taught me that men are not the only players out there in the game called Life. Sailor Moon along with the other Sailor Scouts demonstrated just how powerful and influential women are. Watch out boys!

8. Being Imperfect is OK

This particular lesson could not have been screamed louder in the show. Sailor Moon was the definition of a “hot mess” at the beginning of the show. OK maybe I’m being a bit dramatic…but she clearly was in no position to defend the world and rule a kingdom. She was such a cry baby and had a ton of flaws. But guess what? She embraced it and eventually matured and taught every lady that it’s OK to be imperfect, because we all are.

9. Treat Everyone with Kindness and Respect

Sailor Moon treated everyone with utmost kindness and respect. Her loving and compassionate heart moved so many and even healed so many. Some of my favorite episodes were with the Four Ayakashi Sisters. Sailor Moon’s attitude towards deciding to extend her hand to the sisters was so moving…I pretty much cried during most of those transformation episodes.

Bottom line: Sailor Moon is amazing and there are so many lessons learned in the show. I’m so excited that she will be continuing her journey on air this upcoming summer…ecstatic actually! Sailor Moon, the original episodes, will always have a special place in my heart – Serena will always be the face of hope in my eyes. What lessons have you learned from the show?