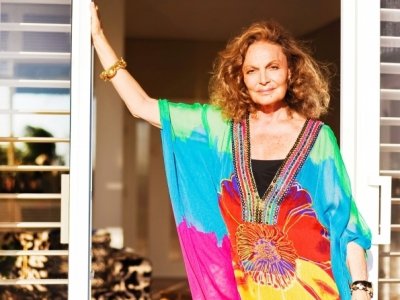 Diane von Furstenberg is a fashion icon who also has a lot of insight into life, which is why the quotes from Diane von Furstenberg are inspiring. In 1974 Diane created her signature wrap dress that put her name on the map. She quickly became a famous fashion designer and expanded her line. In 2005 she was given the Lifetime Achievement Award from the Council of Fashion Designers, and in 2012 she was named the most powerful woman in fashion. In addition to fashion, Diane has also established herself as a philanthropist and provides grants to women who display leadership and commitment to their causes. Because she is a successful and benevolent woman, the quotes from Diane von Furstenberg are incredibly inspirational.

One of the many insightful quotes from Diane von Furstenberg is, “The most important relationship in your life is the relationship you have with yourself. Because no matter what happens, you will always be with yourself.” It is very important to love yourself. Often, people are much more critical of themselves than they would ever be of others. Instead of being critical of yourself, treat yourself with kindness and learn to love who you are!

2 Who You Want to Be

When I was in my teens and early twenties people would often ask me what I wanted to do but, at the time, I didn’t know. Not knowing what you want to do can be frustrating, but as Diane pointed out, knowing what you want to do isn’t always the most important thing. She acknowledged, “I always knew the woman I wanted to be.” Knowing who you are and who you want to be is incredibly valuable. It will help you stay true to yourself.

I can’t agree more with Diane von Furstenberg’s statement that “The biggest mistake a woman can make is not to be herself in public or private.” This is a lesson that can be hard to learn, but it is an invaluable lesson. Every woman should always be true to herself, because every woman is wonderful!

Diane asserted, “When you feel humiliated or things like that, you either use it as fuel or you get covered by it.” Using humiliation or negative comments as fuel is very good advice. It can be easy to feel defeated when someone humiliates you; however, you should turn the negativity around and use it to push yourself forward.

Everyone has to deal with a difficult time, but no matter how difficult life gets there is always something positive to be found. Diane von Furstenberg shared this sentiment when she stated, “In all circumstances, I always look for the light and build around it, with little memory of the pain.” Building from something positive is the best thing you can do when you are faced with difficulties.

Not everyone can be famous, but everyone can be a legend, even if it is just within your family. This is why every individual can follow Diane’s advice that, “Now is the time to become a myth.” You can make a difference and lead a life that is legend worthy; you just have to put your mind to it.

Your attitude toward life truly matters, which is why Diane declared, “Attitude is everything.” If you have a positive attitude you will bring positivity toward you. Conversely, a negative attitude will attract negativity. Therefore, it is wise to lead a positive life.

Diane von Furstenberg is a woman for everyone to look up to. Not only is she successful, she is also very wise and shares her success. Thankfully, she also shares her wisdom through her fantastic words. Which of these quotes speaks to you?