Does Attractiveness of Women Who Cuss Go down ?

We all have a slip of the lip once in a while. We might be watching sports, yelling at the kids, watching some crazy YouTube clip, or even having sex. That’s right, we cuss.

I am not advocating violence, but just the opposite. Cussing can be very therapeutic. It can be a great way to blow off steam before you seriously hurt someone.

There are many benefits. According to an article on health.com, cussing can actually increase your threshold for pain, relieve stress, and even help you cope with chronic health issues like cancer. Womenshealthmag.com says it can be both “numbing and stimulating” and also says it’s been shown to help pilots and surgeons perform better under pressure. What if you work at a daycare? Do you take a “cuss” break in the backroom?

Cussing has been in movies for years. It made its way into the TV screen via cable entertainment networks like HBO and Cinemax, way back in the day. Also, back in the 70s, the dirtiest words they would allow on TV were “hell,” “ass” and the word “damn.” Now you have NBC, CNN and other cable news network’s saying the “s**t” and the “P” word like it’s nothing. Who can forget, after the infamous Trump Access Hollywood tape leaked, CNN’s Ana Navarro saying the “P” word over and over on air! Soon after, the FCC complaints began to pop-up, according to Variety.com.

Since the late 80s early 90s, rap music has taken cussing and foul language to a whole other level. Imagine if love songs were all of a sudden filled with the same profanity? Did you say they already are? What about comedians? They cuss like crazy and we can’t stop laughing no-matter how crude. Dignity has its place, but a good joke with an expletive? Whoa!

Long before the examples given above, there has always been that one friend or co-worker that can’t just shut the f**k up! I am being silly, but I am also referring to that one person that will not stop cussing. Every word, every sentence is filled with profanity. They could be talking about a cute puppy, and cuss three times before they get to the word puppy. It is extremely hard to take, and as you know, it can get downright annoying and offensive.

Now, how does all of this apply to women? There are few things that are more of a turnoff than a woman cussing from word-to-word. I mean back-to-back-to-back cuss words. Of course, everyone cusses at some point. I’m no stranger myself. I said my first cuss word at 10 years old! Don’t laugh, I was nervous as hell, I mean heck.

Anyway, men think women are beautiful, nagging and all. However, it’s just something about a woman cussing repeatedly in normal conversation that seems to downgrade her value. Don’t confuse this with having an argument where a woman is cussing to get her point across. I am referring to normal conversation. It isn’t just women, it’s men too. Too much is too much. Nobody wants to hear all of that you-know-what.

Again, cussing has its purpose. If people couldn’t cuss, this world as we know it, probably wouldn’t exist. People need expression. There is something about letting a cuss word out, that is very liberating.

But, just like too much cologne or too much makeup; too much cussing can ruin even the best outfit or hair day. Meaning, too much cussing is very unattractive, especially out in public. It gets even worse when kids are around. Who wants to work with someone who can’t even yawn or sneeze without it sounding like a cuss word?

As a guy, I’m telling you ladies, don’t cheapen yourselves. Like I said, a little here and there, fine. If you just cut your finger or your best friend got engaged before you did, fine. But, always remember, too much is too much. Too much cussing ain’t cute, but I will say, if he, your man, cheated on you? Cuss his ass out!

What Its Really like to Rush for a Sorority ... 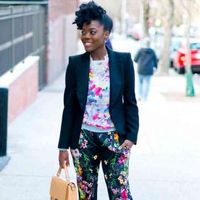 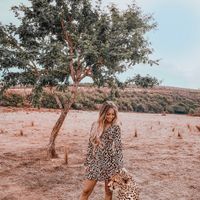 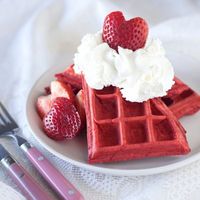