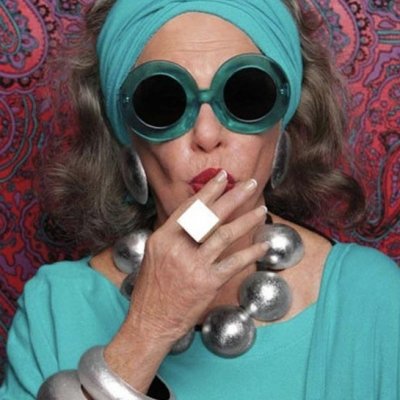 Have you noticed how many admirable octogenarian women there are? If you think that turning 80 means descending into a decline, think again - there are plenty of women refusing to give way to stereotypes of age. Many are still very much active in their field. Learn about these admirable octogenarian women and gain some inspiration for the future …

One of the most admirable octogenarian women has to be the Queen. Whether you're a monarchist or not, it's extraordinary how active the Queen still is. At 88, she still carries out hundreds of engagements every year, rides frequently, and has only in recent years began scaling down her foreign engagements. I'm half her age, and probably have half her energy!

It's often lamented that women become less visible in the media as they get older, and that they are poorly represented compared to men of the same age. One exception to the rule is Barbara Walters, who only retired from broadcasting at the age of 84. She interviewed a great number of world leaders and top celebrities, and is probably the queen of interviewers.

Joan is still swanning elegantly around with her much younger husband in tow. She hasn't allowed turning 80 to slow her down one bit! I imagine that Joan will hit her centenary with all guns blazing. In the meantime, she's still working on screen and touring her one-woman show. Women like Joan are a fabulous example for their refusal to be stereotyped by age or let it dictate to them how they should behave.

You've probably never heard of this lady, unless you're into science. But Professor Dresselhaus has accomplished some pretty impressive achievements in her lengthy career. In her 80s, she's still working at MIT and collecting awards for her research, including the UNESCO award for Women in Science.

Could you run a marathon in just over four hours? No, me neither. I'm pretty sure most of us couldn't manage it in our 70s either. In fact, Ginette is now in her 80s and still running marathons. So you've no excuses to be a couch potato, much less complain that you're too old to exercise!

It often seems as though composing classical music is something only men get to do. But there are women making their mark in this boy's club, among them Thea Musgrave. She's composed many classical works and operas. You can find plenty of her work on YouTube.

7 All the Women of Advanced Style

There are lots of women in their 80s on the Advanced Style blog (advancedstyle.blogspot.com.es), and I love every one of them. They're a great inspiration for anyone who's worried that they'll have to dress 'to suit their age' when they get older. These ladies have joie de vivre, and certainly don't fade into the background!

So don't waste a moment fretting about getting older, when there are amazing women like these showing you how life still has much to offer. They are still working or enjoying life into their 80s, and so can you. Attitude has so much to do with quality of life. What do you hope to be like if you live to be 80?