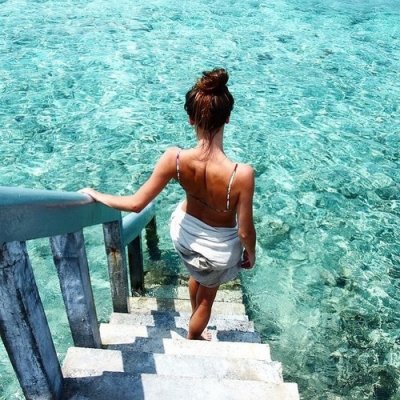 1. Whom Your Parents Are

2. How High Your Grades Are

Your grades don't determine how intellectual you are. They only examine a small aspect of your brain. So if you're failing chemistry, it doesn't mean you're stupid. You're just more skilled in other areas that your school doesn't test you on.

3. How Much You Weigh

Your weight, along with your appearance, doesn't show any aspect of your personality. You could be super skinny but eat junk food and never exercise. Likewise, you could have a bit of weight on you and do everything right. It doesn't matter what the scale tells you as long as you're living a healthy life.

4. How Much Money You Make

As long as you have enough money to survive, it doesn't matter how much cash is in your wallet. Does it really matter if you have a used car or a sports car as long as it safely takes you where you need to go? The amount of money you make doesn't matter, especially if you're doing what you love.

You're allowed to date or sleep with whomever you'd like. It doesn't matter if your friends or family approve, because it's your life. The people you hang around can be a good reflection of yourself, but that isn't always the case. So don't judge anyone based on the people that they surround themselves with. Chances are that you don't know them well enough to judge, anyway.

Your age doesn't determine how wise or mature you are. There are people in their 40s who act like children and teenagers who act like adults. Your age shouldn't hold you back from trying to achieve your dreams because of your age. Look at the people you see on TV. There are young children becoming famous, and there are old ladies becoming famous. Your age doesn't matter. Your determination does.

7. What You've Done in the past

It's time to stop worrying about the superficial things in life, because there's so much more to focus on. If you pay a little less attention to the things on this list, you'll find yourself feeling happier than ever. In the spirit of positivity, what are five personality traits that you love about yourself?