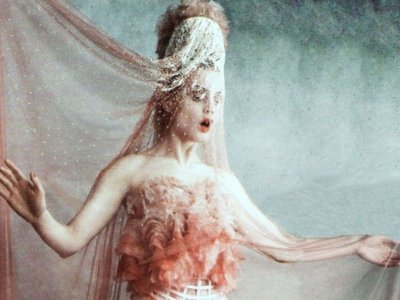 When your crush doesn’t text you back or your friends cancel plans, it can feel like they’re doing it to spite you. They might not be treating you in the way you deserve, but that doesn’t mean that they dislike you. They could be busy, or have other things on their mind. One of the ways to stop insulting yourself is to realize that temporarily being ignored or isolated doesn’t mean that you’re alone in the world.

2. I’m Going to Be Alone Forever

Most importantly, being single isn’t a disaster. There are plenty of people who have never married, and are perfectly happy. However, if you really want a relationship, you’ll find the one eventually. You could even meet him tomorrow. If you do, it’s a good thing you’re currently single, isn’t it?

3. I Can’t do Anything Right

Messing up once or twice doesn’t mean that you’re a failure. Succeeding on your first attempt isn’t what’s important. All that matters is that you try again and again until you finally do succeed. Don’t put yourself down after making a mistake. It happens to everyone.

It’s rare for someone to have every aspect of their life perfectly put together. Even adults with high paying jobs and a family have issues that they need to deal with. Even if it looks like someone else’s life is flawless, they have hidden problems. You’re not alone in your struggles.

When you fall for a guy and he turns you down, it’s heartbreaking. When you become close to a friend and they leave you, it’s just as bad. However, never think that caring about them was a mistake. Yes, some people will let you down. Yes, some people aren’t worth your affection. However, the fact that you’re a caring person is a marvelous thing. Don’t be mad at yourself for loving too much. It’s certainly not a flaw.

No matter what your reason is for hating yourself, it’s invalid. You are a beautiful, intelligent creature. If you have issues with your appearance or personality, you have two options: change them or accept them. Once you do one of those things, your hatred of yourself will fade.

We worry about others judging us, but we insult ourselves more than a stranger ever will. Think about what insults you give yourself the most. Now try to push those thoughts out of your mind and find something positive to say about yourself. What's one thing you did this week that you're proud of?