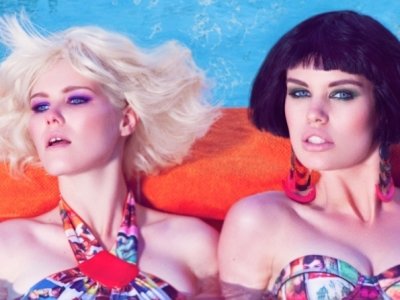 Need some ways to fake confidence? There are times you so much want to be in control and present a self-assured, confident persona but you’re naturally shy, nervous or uptight, or your resolve just fails you in front of an audience. No matter how many butterflies are dancing a jig in your stomach, how many liters of sweat have troubled your palms, or how much you are trembling in anticipation, there are ways to fake confidence and get through your ordeal without anyone noticing the turmoil you’re going through.

1. Be Prepared with Stories

This is one of the easiest ways to fake confidence if you find it hard to talk to people. Collect up a few funny stories that you have heard or that have happened to you and tell them to people when the conversation lulls. They can be about anything from you saving your dog from choking on his bone, to the old man you heard about who shot himself one year and did it again the year after to see if it would hurt as much the second time.

2. Wear Something Slightly Loud or Revealing

Here is how to fake confidence by looking the part. Quiet, nervous and unconfident people dress down to stay out of the limelight, so you must do the opposite. Either show a little skin, or if it is cold then wear brighter colors or a shirt with a funny slogan on it such as, “You are not that handsome, and I am not that drunk.” Do not wear something too dorky and loud though (maintain good taste). And obviously, dress according to the occasion.

3. Take up a Little Too Much Space Wherever You Are

Dominant people will take up too much space, and it is why men flail out their legs when they sit down as if they are displaying prize peaches. Take up just a little too much space (even if you have crossed your legs). Try to put just an inch or two of distance between you and the people around you. Basically, own that space!

This is how to appear confident when you’re not. Watch the older versions of James bond and the women he dates. James and the woman will move slowly without being erratic, jerky or nervous. Move slower and make each move deliberate and you will look more confident.

5. Throw out a Smirk or Two and do Not Look Miserable or Scowl

Sometimes you will find that people do not talk to you because they think you are being cold. It is just a human recognition system that goes haywire, so try to cultivate a friendly face and watch yourself on video to see if you are not (accidentally) looking as if you are scowling. I know it’s hard to smile when all those nerves are jittering like a box of frogs, but if you’re concentrating on smiling, you’re not worrying about the nerves.

6. Look Away and Look around a Little as Somebody Speaks to You

This is one of the ways to fake confidence if you are naturally shy. There is a feeling that you have to give the person you are with 100% of your attention, so look at popular people and see what they do. They do everything from looking at friends and waving to occasionally catching the eye of someone good looking who happens to be walking past.

7. Put Your Weight on One Foot

This is a very clever one. You have to make yourself a little more vulnerable to attack. Watch any of the British princes walk and you will see that they clasp their hands behind their back. It subtly says “I don’t need to defend myself”. It is more difficult for a woman to walk with her hands behind her back because it pushes out her chest to the point where you can rest cups of tea on each breast. The alternative is to try is putting your weight on just one foot. It makes it very easy for people to push you over, but also subtly says “I am so confident and relaxed that I do not have to stand in a ready or defensive position”. You often see nightclub managers stood with just their weight on one foot, and that is born through their highly sociable job that teaches them how to look dominant in a crowd.

8. If Someone Talks over You then Speak More Quietly

9. Slow down Your Rate of Speech and Speak Deliberately

Speaking deliberately means knowing what you’re are going to say and then saying it without “ums”, “ers” or “soo”. Slow down your speech because unconfident people want to say their bit as soon as possible to get out of the limelight. Some also talk quickly because they are used to being interrupted.