Girls Need to Stop Saying and Doing These Things to Each Other ... 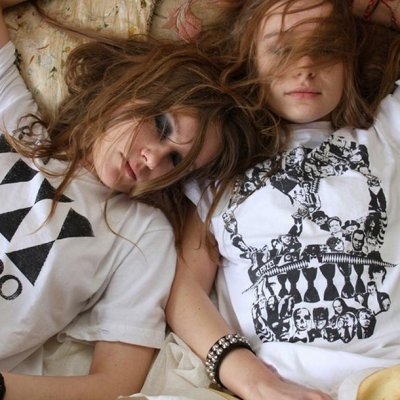 If you think another girl weighs too much or flirts with too many guys, don't shame her for it. Everyone is allowed to behave how they wish. If you shame her for acting a certain way, then men will think that they can do the same. That's why shaming someone for their weight or promiscuity is one of the things no girl should say or do. Of course, no matter what your gender is, you should just be nice. It's a simple rule.

2 Insult Her on Social Media

If you fight with your best friend, don't post a status about it. Even if you don't mention her name in it, people will figure out who you're talking about. Do you really want to hurt her that badly? Keep your comments to yourself or write them down in your diary where no one else can see it.

3 Give Her Fake Compliments

We all remember when Regina George complimented that poor girl's skirt and then turned around to tell others how ugly it actually was. There's no need to be fake with another person. You don't want to be mean, either, but don't pretend to be friends with someone when you can't stand them. Just keep your distance.

4 Make Fights with Her Public

Yes, when you're angry, you'll have the urge to yell. But if you can, try not to have a huge fight with another girl in front of your entire school. Save it for a more private occasion. You don't want everyone to start cheering for you to pull out your earrings and pull on her hair. It's demeaning.

5 Fight over a Man with Her

If another girl flirts with your man in front of you, you have the right to be annoyed. But if you find out that your man cheated on you, don't place all the blame on the woman. She didn't owe you anything. Your man is the one who was supposed to be faithful, so aim most of that anger at him.

6 Get Jealous over Her

If your friend is proud of getting a job or a boyfriend, try to be happy for her. It's normal to be jealous when others get what you want, but you can't let that interfere with your friendships. Be happy for your friend's success, and use your jealousy to push yourself to succeed as well.

If you know the photo you took of a friend at a party is going to embarrass her, refrain from posting it to social media sites. You wouldn't want someone to post a bad picture of you online. Take her feelings into consideration before you do something she'll cry over.

Women have to stick together instead of competing with each other. It'll make you happier and land you a few more pals. Are you mostly friends with other girls or do you hang out with guys?