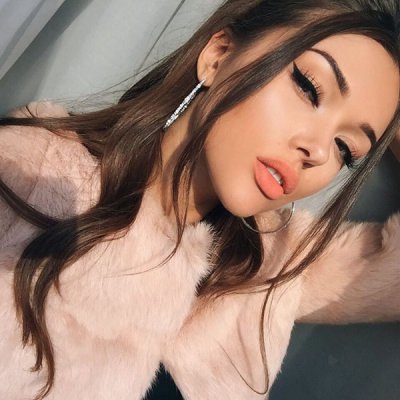 When you think of someone being 'highly sensitive' you probably imagine emotional instability. That's certainly not the whole story, however, because highly sensitive girls (and guys), are keenly aware of their surroundings and process information more deeply than everyone else (hello, empathy)! All of your senses are heightened in most circumstances. This can lead to emotional highs and lows, especially when this characteristic is not well understood. If you think you might be a highly sensitive girl, keep reading for a few clear-cut signs! 💁🏻

While loud noises, like concerts, traffic, and public places, don't bother most people, highly sensitive people get extremely overwhelmed! Loud noises create a physical response of repulsion and anger. I am a highly sensitive person and when my children yell, or they play too loud with their dad, my emotions run out of whack and I get angry! 😝 I have to work on being calm in these moments, just like others who are highly sensitive to loud noises.

2. You Hate Being the Center of Attention 😰

Often times highly sensitive people are considered introverts, but 1/3 of them are actually extroverts! Being introverted is not the same thing as being shy. If you hate being the center of attention and get nervous at the mere thought of speaking in front of people, you're probably a highly sensitive person. You fear messing up and being criticized, which is perfectly valid.

3. You Notice when Others Are Uncomfortable

This is one of the more positive and awesome traits of a highly sensitive person! You're empathetic and have the ability to read people and their emotions. When someone is uncomfortable, you easily pick up on it and try to divert the conversation or change the environment to ease their discomfort. 😌

4. You Get Overwhelmed when There's Lots to do

Giant to-do lists are overwhelming for a sensitive person, to the point of being debilitating. If your list is long, you might just 'Netflix and chill' instead of working to get things accomplished! What helps me is to only do 2-3 things per day, and prioritize what needs to get done first. That way,
It's never too overwhelming! ✍🏼

Because your environment easily affects your mood and state of mind, you avoid watching scary or overly-graphic and thematic movies. These movies can cause negative emotions to get the better of you. Things that are twisted and evil can captivate your thoughts for days! To combat this if you've ended up watching something you didn't like, simply watch something light and funny afterwards. Especially before bed, your mind will be more at ease.

6. You're Deeply Moved by Art/music/literature

Art, music, poetry, and beautiful aesthetics speak to your soul. You're deeply moved by inspirational things and sometimes find yourself talking endlessly about a painting, a book you read, or song that you can't get over. Highly sensitive people are often the ones crying at movies or plays and finding themselves emotionally charged afterwards. ⛰🎭🎼

While we joke about the whole concept of being "hangry", it's no joke for those of us who suffer from it! Being hangry means when you're hungry, it affects your mood as well, and often manifests as anger and extreme irritability. Yikes! Keep some snacks with you if you find yourself hangry often!

I think the best thing about being a highly sensitive girl is how you can empathize easily with people! And the world always needs a little more love to go around! If you yourself are highly sensitive, are there other 'signs' that you've picked up on?? 💗💗💗