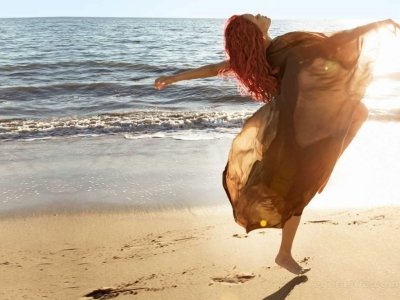 March is Women’s History Month, which makes it the perfect time to read a few inspiring quotes from Susan B. Anthony. Susan B. Anthony lived from 1820 to 1906, during which time she was an instrumental leader in the Women’s Rights Movement. She worked very closely with Elizabeth Cady Stanton, and together they held various conferences and lead various associations in an effort to get women the right to vote. In 1866, the two women established the American Equal Rights Association, and in 1869, they founded the National Women’s Suffrage Association. One of Anthony’s chief motivations for trying to get women the right to vote was that she felt women would never be taken seriously unless they had the right to vote. In addition to leading women’s rights organizations, she also tried to exercise her right to vote by voting illegally in the 1872 presidential election. Anthony was fined for 100 dollars for the crime, which she never paid! Clearly, she was a very strong woman, which is why the quotes from Susan B. Anthony are so motivating to read.

One of the shortest and most profound quotes from Susan B. Anthony is, “Independence is happiness.” Anthony lived her life as an independent woman, which is quite impressive considering she lived in the Victorian Era when women were treated as if they were breakable. Her independence may not have brought her the right to vote, but it did bring her the right to act and think for herself. Independence is often taken for granted; however, it is such an important part of life and it can make a person very happy. Next time you pay a bill a for yourself or fix a leaky faucet, instead of complaining, consider how wonderful it is that you can be independent of others and do things for yourself.

It is surprising that even in the twenty first century women still look to men for certain things. I often hear women I know state that they need their husband to fix their computer, or they are glad they have their husband for protection. Susan B. Anthony would have been in awe to hear modern women talk this way. She asserted, “I declare to you that woman must not depend upon the protection of man, but must be taught to protect herself, and there I take my stand.” Even in the 1800s, Anthony believed women should be able to take care of themselves. I absolutely agree with this sentiment. Believing that women need men to do certain things can be detrimental to women. Every woman is capable of taking care of herself. She may need to ask for help when she needs something heavy lifted, but asking for help is much different than relying on someone else.

There is so much truth and common sense in Susan B. Anthony’s declaration, “No man is good enough to govern any woman without her consent.” This piece of wisdom comes up time and time again. Whether or not you agree with Roe v Wade, you cannot deny that any person has the right to rule over another without the other person’s consent. Of course, consent comes in the form of the right to vote. Without the right to vote, women’s voices would not be heard. Yet, with the right to vote, women can be heard, and indeed they were in the last U.S. presidential election. Encouragingly, women showed up to the polls in record numbers, and their votes were even said to re-elect President Obama. Even if you do not agree with Obama’s politics, you must admit that the 2012 presidential election was a success for women at the polls. Clearly, women are no longer governed in the U.S. without their consent!

Aging is not always looked upon with flattering eyes in modern society. However, with age comes wisdom and power. Anthony affirmed that, “The older I get, the greater power I seem to have to help the world; I am like a snowball – the further I am rolled, the more I gain.” While I am not in a hurry to be any older than I am, I can say that even at my youthful age of 28 I know I have much more wisdom than I did 10 years ago. With wisdom comes the knowledge of how to effect change. Each person has the ability to make a difference in the world, and often that change starts within themselves. Even if you are young, you can work toward making a difference. As you get older, you will have even more power to make positive changes. Just think what Malala Yousafzai will be able to accomplish when she has the power of age on her side!

Failure is often a self-fulfilling prophesy. If you think you are going to fail, your chances of failing a much greater. Susan B. Anthony knew this, which is why she asserted, “Failure is impossible.” Her positivity turned out to be true. In 1920 the 19th amendment to the constitution was passed granting women the right to vote! It may have come 14 years after Anthony’s death, but women did receive the right to vote. There is a very valuable lesson in Anthony’s work and, eventual success, at pushing for women to be allowed to vote. If you believe in yourself and work hard, almost anything is possible. In fact, “Failure is impossible.”

Susan B. Anthony did not believe in being cautious, which is evident from her bold move to vote illegally in an election. Anthony was so set against being cautious that she stated, “Cautious, careful people, always casting about to preserve their reputations…can never effect reform.” Of course, Anthony was correct. Being cautious will not take you very far in life. You have to take leaps, and there are times when you can’t worry about your reputation. Taking leaps will help you achieve your goals, whatever they may be. You just have to be brave. If you need motivation, think of how brave Anthony was to vote illegally and then refuse to pay the fine.

Susan B. Anthony was a strong woman who led the early Woman’s Rights Movement. She is a woman to admire, and her words are truly inspirational. Reading her words make me so proud to be a woman, and they make me so thankful that so many women before me worked for the rights I now have. Which quote of Susan B. Anthony’s do you find to be the most inspirational?