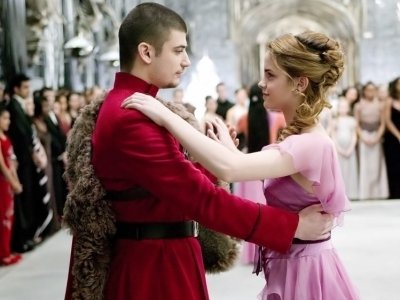 I'm an avid reader and a lot of my heroines tend to be fictional heroines. They may not be real, but they're still wonderful, complicated, flawed and strong women. Because that's what makes a strongly written female character - not their super-strength or their ability to snag the leading man, but the things that make them seem human, those are the things that make them come alive to us. So, these represent a small selection of my fictional heroines.

Probably on the list of fictional heroines for around half of the population now, Hermione always finds the solution in a crisis, proves that smart is cool and represents the glue that keeps J K Rowling's beloved trio together. What more could you ask for? Oh, and there's that bit where she punches Malfoy in the face.

My number one, forever and always. Jane Eyre was so incredibly ahead of her time - written when women were considered inferior to men, Jane looked after herself. Refusing to settle for anything less than she deserved, Jane saved herself. And, in the end, she saved Mr Rochester, too.

Anne of Green Gables was one of my favourite books when I was younger. I think Anne is a character whom most young girls can identify with, and even adults, too. Who doesn't love the feisty, curious young heroine of this book?

It seems like it's Mr Darcy that gets all the attention but really, we should be falling in love with Elizabeth. She deals with the stereotypes, convoluted manners and social expectations of her time with wit, gentle mockery and a refusal to conform to suit the prejudices of the people around her.

The Famous Five books were one of my absolute favourite series growing up, and I love George best. She showed me that anything a man can do, I could do too - and that you should dress and act exactly how you want to. Who cares what anyone else thinks?

Ok, so Lisbeth has got some serious issues. But she is BAD-ASS. Come on, don't we all secretly want to be like that sometimes?

Anna Karenina, despite her tragic ending (sorry if you haven't read it), is one of literature's most complex leading ladies. She put her happiness above her reputation. As she says - she just wants to live.

The protagonist of How to Kill a Mockingbird is a true heroine, in seeing the world through the clear eyes of a child and for questioning the things that are wrong in her world. I don’t know about you, but I was made to read this book at school and I found it dull and impossible to concentrate on. I read it again later, at my own pace and in my own time, and I loved it. I would always encourage people to re-read the books they’re made to read in school - they’re much better when you aren’t under obligation!

And, finally, Matilda - for conquering the odds and confirming for me how truly wonderful the world of books is. She’ll always be my favourite fictional reader.

There’s something wonderful about finding a fictional character you can truly relate to, one that makes you want to be better. That’s the power of fiction. Who are your fictional heroines/heroes?