Life Lessons to Learn from the Fabulous Judge Judy ... 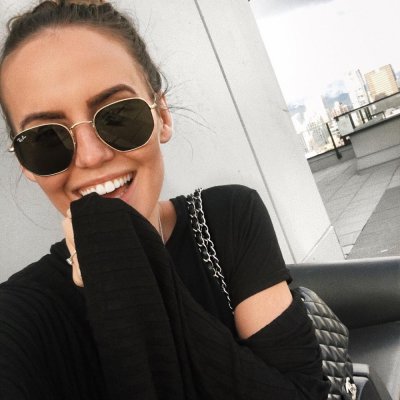 You might imagine that as it’s essentially a reality TV show, there’s not much value in Judge Judy other than entertainment. But Judy Sheindlin is a smart cookie – very smart. She’s seen so many cases come before her bench that all the foibles of humanity have been presented in the courtroom she’s presided over since 2006. But what are the key things she teaches us?

This may seem like an odd tip to start with. If you have watched Judy’s shows or read her books, then you will know she tells people not to lend money to other people, and if they do, they should consider it a gift because they are silly to expect it back. So, why start an article about self worth with a tip for not lending money? The reason is because money and sex are big incentives for predators. People will say and do anything to get you to give them your money and sex. This is especially true of women, as Judy says over 80% of her money-loaned cases are women giving to deadbeat men. Stop lending money, and do not give your body as freely. If people still stick around, then they want you for yourself and not for your money or body. To quote another successful lady, Oprah said, “Lots of people want to ride with you in the limo, but what you want is someone who will take the bus with you when the limo breaks down.”

This was the title of one of her books, but eventually it was changed to edit out the “stupid” bit. Smart people are able to keep things simple. A fun example is how the US spent $100 million on a pen that could function in a zero-gravity environment, and how the Russian cosmonauts used a pencil. The story is an urban legend, but it nicely explains Judy’s point. If you read up on Occam’s razor, you will learn that simple theories are preferable because they are more testable.

If somebody says something horrid to you on Facebook, or somebody says something a little upsetting, either let it go or give him or her the benefit of the doubt. There are far better things you can do with your time. Revenge is wasted energy and destructive, and all you get is a temporary feeling of joy (just like doing drugs!).

Judy shouts out, “I’m speaking” and you should too. You should value your own opinion enough to NOT allow other people to talk over you. Your opinion and your voice is just as important as theirs is. Another great technique is to simply keep talking at the same volume when they interrupt. Do not raise or lower your voice, just keep talking as if the other person isn’t talking. Do not respond to anything the other person said. Imagine it was not said at all. After a while, people will start to become annoyed at the interrupter. However, it is often better to shoot the interrupter down in flames and let them know you are not to be interrupted.

5 Stop Making Stupid Decisions in the Name of Love

6 If It Doesn’t Make Sense, then It is Not True

You may have heard her bark this one out many times during her show, but what does it have to do with self worth? Consider the fact that people are going to lie to you a lot. If you have little self worth, then you will accept most things without question. Alternatively, you can question what you hear, you can be cautiously skeptical, and you can demand that people be honest with you if you are gracing them with your time and attention. If something doesn’t make sense, it is usually not true. For example, if you have not met his parents after 6 months because they work late, then you are not his girlfriend. If he doesn’t like lending his phone because he “needs” his privacy, then you need to ask yourself what he is hiding.

7 Beauty Fades, but Dumb is Forever

Ron White put it in a rather less eloquent manner when speaking about dating people for their looks over their personality. He said if a woman’s boobs and ass sag, he can have them lifted, and if she gets wrinkles, he can pay for her Botox. But, if she is a pain in the ass, she will be that way forever. Judy is simply saying that working on your looks is a short-term investment and working on your mind is a long-term investment. She also uses it as advice for women that date handsome but dumb men. When he gets older, he will still be as dumb, but not as pretty. There is more value in building and growing intelligence than there is in building and growing muscles.

If you pay rent for you and your significant other, or pay off a parking ticket for them, it's not automatically a loan just because y'all broke up. You either ask for the money back when you're together, or you eat the cost of whatever it is and move on. You are the fool who helped. Don't do it again.

10 Listen with Your Ears

We tend to only listen because we want to have a rebuttal. But, this isn't the approach you should take. If you're listening to someone, listen fully without thinking of a response in the back of your mind. This will allow you to learn from someone and shows you're a bigger person.

I love this woman!