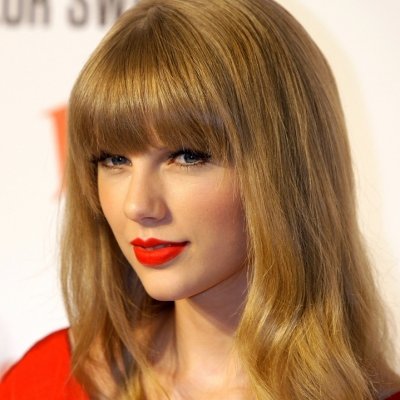 Whether you like her or not, there are so many inspirational things Taylor Swift has taught us. Her newest album, 1989, has been topping the charts for weeks. Even though most of her tunes are about love and heartbreak, there are inspirational things Taylor Swift has taught us about every area of life. Here are just a few things you should take away from her that can help you live a more fulfilled life:

1. Make Fun of Yourself

Blank Space is a song about how crazy she gets when she's dating. For years, everyone in the media has been badmouthing her for dating so many different men and writing songs about them after the break up, but Taylor hasn't gotten upset over it. Instead of trying to change the media's perception of her, she's singing songs about how 'crazy' she is. One of the inspirational things Taylor Swift has taught us is that it doesn't matter what others think of you. Don't change yourself--just be able to poke fun at yourself.

2. Do What Makes You Happy

Taylor doesn't stop wearing the clothes she likes or dating the boys she wants, even after she's criticized for her actions. She does what makes her happy, because she knows that pleasing others won't help her feel better about herself.

Believe it or not, some people hate her music. Of course, she doesn't let bad reviews get her down. She keeps making the music that she wants to make, because it's her passion in life. So follow her lead and follow your dreams.

You should know the lyrics to Shake It Off by now. The haters are always going to say nasty things, but you just have to shake it off. Ignore the opinions of bullies, because they aren't worth your attention.

5. Stay out of Trouble

Taylor is frequently in the tabloids because of all of the boys she's seen with, but she's never in the news for something terrible. Although she became famous at a young age, she hasn't been caught doing drugs or getting too wasted to function. Unlike other stars, her public image is sparkling clean.

6. Say What You Want

Swift has pet cats that she talks about often. They're part of her family, just like her parents and grandparents are. Just like Taylor, you shouldn't be afraid to talk about things that mean a lot to you, even if it may not be the most interesting topic. If you care about it, talk about it.

Taylor was brave enough to follow her dreams, and it got her a record deal. She was brave enough to open at the American Music Awards, and it got her amazing reviews. The next time that you want to do something but are too terrified to follow through, think of how successful Taylor has become by taking chances. It's scary, but it's something that you have to do if you want to be happy with your life.

Whether Taylor Swift is already your role model or is just someone you listen to occasionally, you have to admit that she's a great person to look up to. What's your favorite Swift song of all time? What about your favorite one from off of 1989?