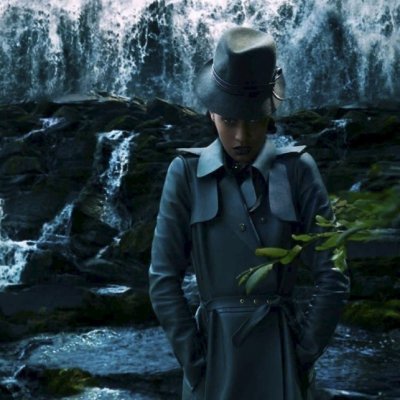 Stories about surviving against all odds often make it all over the media. You may have recently read about some cases of people having survived in the cold for a few days, or managing to fend off assailants. However, there are some stories that border on the impossible, and you can hardly imagine someone actually going through the depicted events in real life.

Few people ever make it alive out of a plane crash. One of these amazingly lucky passengers was Annette Herfkens, who, after the Vietnam Airlines plane she was on hit a mountain, managed to survive the crash. Not only that, but she kept herself alive for 8 days drinking rainwater while being trapped in the plane’s fuselage!

Surviving a plane crash is definitely one of the most incredible survival stories, but free falling 4,000 feet at 70 mph and surviving when your parachute didn’t open pretty much tops it all! That’s what happened to skydiving fanatic Lyndi Harding - she got away with just a few broken bones and a punctured lung.

John Colter was an American trapper who was captured by Blackfeet Indians in 1808 and forced to participate in a hunt – as the game. After killing a few of his Native American pursuers to survive, he walked for 200 miles to reach the safety of Fort Raymond.

Juliane Koepcke was aboard LANSA Flight 508 when the plane got torn apart above the Peruvian jungle. She fell and crashed in the jungle below while still being strapped to her seat. In a stroke of luck, she survived with only a minor fracture, and after 9 days in the wild following a nearby stream, she was eventually rescued.

One of the most amazing survival stories ever documented happened in 2013, when Harrison Okene was trapped for 3 days at the bottom of the ocean, breathing a small pocket of air.

6. Dougal Robertson and His Family

While sailing around the world with his family, Dougal Robertson’s schooner sank about 200 miles off the Galapagos Island. They survived in an inflatable raft, then in a small dinghy, for 38 days before they were finally rescued.

After his mission of helping the resistance in Nazi-occupied Norway fell, Jan Baalsrud found himself on the run from Nazi troops, nearly naked and with a serious bullet wound, trying to make his way through the Norwegian tundra. After taking shelter in a friendly arctic village, he managed to find his way back to England.

Lorna Baillie, a former auxiliary nurse, suffered a massive heart attack, doctors claiming she was beyond any kind of help. 45 minutes after Lorna’s family was called to say goodbye, she was rushed to intensive care and eventually she made a full - and inexplicable - recovery.

Wenny Moguel’s is quite probably one of the most amazing stories you are likely to hear. Captured in 1915 as a Mexican revolutionary and sentenced to death by firing squad, he was shot eight times, then once more from close range – through the head. Incredibly, he survived and went on to live a long life following his ordeal!

Throughout history, a lot more stories about survival have surfaced, some well-documented, while others being scarcely believable. Do you know of any that should have made it on my list?