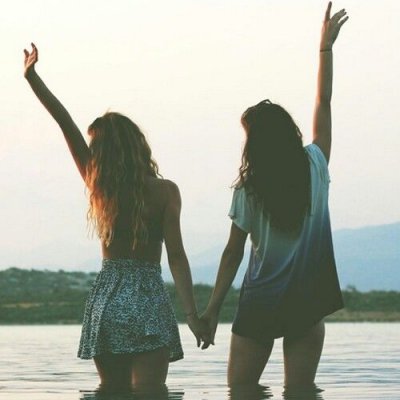 Women often judge each other, and are critical about the lifestyle choices and appearances of others. But imagine how much we could achieve if we were supportive of each other instead? As women we face many challenges, and we really need the support of other women. Here's how to stop judging other women and empower them instead …

1. Is Your Opinion Relevant

First of all, consider if your opinion is actually relevant. The chances are that it's not, especially if it's about someone you don't even know. Everyone has the right to live their life the way they choose, and it's not for other people to tell them what to do and how to do it. So remind yourself that your opinion is just that - an opinion, and not a fact, and keep it to yourself.

2. What Are the Consequences

Also think about the consequences of what you say. What would happen if you spoke your mind? Will it be hurtful? Could it cause long-term damage? A throwaway remark about someone's appearance can lead to them developing an obsession with dieting or hatred of their looks, so be mindful of what might happen if you judge someone. There's no perfect figure or face, no single way to live your life - and imagine how boring the world would be if we all looked, acted and thought the same way!

3. Is There Really Anything Wrong

There might actually be nothing wrong with what you're judging the other women for. Just because you don't like something doesn't mean it's wrong! We all have the right to choose how we live, so respect other women and their choices. And some things we can't choose; they're just that way and there's nothing wrong with that.

4. We Need Each Other

Girls, we need each other. We have enough to deal with without turning on each other. Yet again ad again I see women being each other's worst critics. Women often blame men for oppressing them or criticising them, but men are not always our enemy. Sometimes it's women attacking other women. So don't judge other women, but support them instead.

A simple way to work out if your opinion is judgemental is to turn it around and ask 'How would I feel?' That helps you realise if it's wrong to think that way. For example, if you think your sister needs to wear more makeup or get her hair done, how would you like it if she told you off for wearing too much makeup, or said that you needed a nose job? You wouldn't like it …

6. Do They Deserve This

Does the other woman deserve to be judged by you? Probably not. Everyone has opinions, but often they should be kept to ourselves. Other women deserve our support, not our judgement. Together we are stronger.

Finally, ask yourself 'what can I do to help other women?' Perhaps they need practical support; perhaps you should learn more about different cultures and ways of life. Perhaps they need acceptance. Whatever it is, try to make a positive contribution to the lives of other women.

Empowering each other feels wonderful, so think what you can do to support other women. What do you think we need from each other to be the best, happiest women we can?