9 Facts about Loneliness That May Surprise You ... 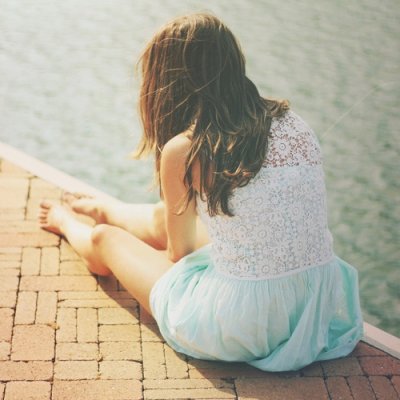 When loneliness knocks on our door, many of us become complacent and give in to it, as if it were an old friend paying regular visits. However, you may be quite surprised to see just how many negative connotations revolve around this feeling.

1 Most Lonely People Are Married

One of the most surprising facts about loneliness you're likely to encounter is this: 60% of people who feel constantly lonely are actually married couples. Research conducted by psychologists shows how many married couples believe their partners aren't able to provide them with the deep connections they seek.

A common misconception is that feeling lonely depends on how many friends we have. This actually isn't true, and many people feel even lonelier in social situations when they're around friends and acquaintances they can't relate to.

Whether the reason is the death of friends and family, lack of mobility or the lack of social interaction due to retirement, seniors above the age of 55 are considered some of the loneliest people. Moreover, loneliness among seniors is also considered to cause higher mortality rates.

A more surprising fact about loneliness you might not have heard of is that it can also cause poor cognitive responses and even dementia. Psychologists who have been studying the effects of loneliness for decades claim the lack of social interaction is an important cause of negative physical and neurological effects.

You know you're lonely when... you can't sleep. At least that is what the American Academy of Sleep Medicine has found through a study that measured the sleep cycles of 95 participants in South Dakota. Although none of these people actually lived secluded lives, some claimed to be much lonelier than others, and the lonely ones had the most fragmented sleep cycles, constantly waking up during the night.

Another fact about loneliness that may surprise you is that you can actually feel colder when you're lonely, and your skin temperature will decrease. Experts consider that this has to do with genetic memory, as when our ancestors would be ostracized from their tribes, they had to cope by themselves away from the warmth of a hearth.

Being lonely has also been documented as a significant reason for the decline of our bodies' immunity, which can cause a variety of illnesses and adverse effects. Even brief periods of loneliness can cause effects that may be quite severe in the long run.

According to a number of recent studies, loneliness plays a key role as one of the main reasons why people are “in love” with their computers, bikes, homes or collectibles. Experts say that this love of "stuff" stems from a lack of social interaction, and has pretty little effect in increasing happiness.

9 As Dangerous as Smoking

According to some psychologists, loneliness can be as dangerous as smoking. Studies and statistics have even shown that chronic loneliness can increase the chance of premature death by more than 14%.

If you thought loneliness was harmless, you may want to reevaluate your approach to it and maybe choose to accept a visit from a close friend next Saturday instead of just watching Netflix accompanied only by a slice of pizza. Do you think loneliness has already negatively impacted your life or the life of a loved one?