7 Advantages of Going out by Yourself ... 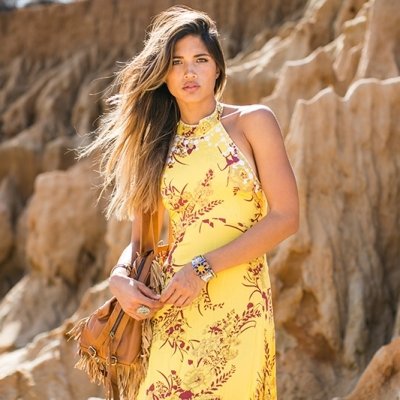 Going out with friends can be a lot of fun, and you'd probably think it odd to go out alone. Most people actually hate the idea of going to the theater or cinema by themselves, and even those that do see movies on their own would probably never dream of eating alone. Yet going out by yourself can actually make sense. Here are just some of the reasons why …

Making arrangements to go out with friends can be a hassle, especially if you're meeting up as a group. You have to agree on a time, place and what you're going to do. Going out on your own means that you can be completely spontaneous. You can go out if you feel like it, or change your mind about what you want to do. It's totally flexible.

Going out on your own can also be more relaxing than having company. You don't have to worry about keeping anyone else happy, or deal with their complaints about their life/relationship/job. Instead you can please yourself. You can go where you want, and do what you like, rather than having to miss out because the other person or people don't want to go there.

Have you ever arranged to go to the movies with a friend, and find that choosing the movie takes longer than the movie itself? She's seen the one you want to see, you don't like the genre she wants to see, and the one that you both want to see is on when you're at work. Going out alone makes it so easy to choose what you do!

Going out on your own can also be easier on your budget. Going out as a group often means that you end up subsidising other people, or spending more than you intended. Perhaps you end up eating out afterwards when you'd rather go home. And if you have a flexible timetable you can go to the cinema during the day, when it's cheaper and your friends are at work.

Some people are happy with their own company, and there's nothing wrong with that. So don't feel obliged to go out with other people; if you want to go out on your own then go right ahead. You're doing what you want, and you shouldn't feel you have to socialise if you're not in the mood for it.

6 Easy Getting a Ticket

If you want to go see a popular show, you may find it easier to get a single ticket. Most people are going with friends and want to sit together, which leaves odd seats dotted about the theater. So you could actually have a better choice of seats than if you were looking for two or more seats.

If you're single, going out alone makes it more likely that you'll get chatting to potential partners. Guys may not want to approach you if you're with friends. You're also more likely to meet the kind of guy you get on with, as you'll already have an interest in common.

So don't be held back because you're worried that people will think it's strange to be out alone. They probably won't even notice. Just enjoy your own company; take a book for quiet moments or look at your phone. Are you too self-conscious to go out alone?