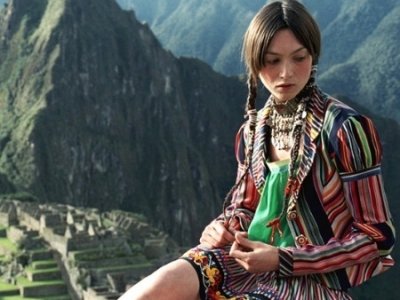 1. You Are Offered a Promotion You Don't Actually Want

Your boss offers to promote you to a position that implies more work hours and more boring, tedious tasks (carefully euphemized by your bossed as "more responsibility") – and not much more money. One of the best ways to say no gracefully is to thank your boss for the opportunity given and say that, because of personal reasons, you are not in a situation where you can accept this tempting offer. Perhaps in a year, if circumstances change, you can talk again about this proposition, if your boss still wants to.

2. A Friend Known for Her Recklessness Asks You to Lend Her Your Car

For the sake of your sanity, you most probably don't want to lend her the car, but you don't know how to say no gracefully either. Whatever you do, don't say you don't have insurance for non-family members, as this is an old excuse almost anybody can read through. The best solution is to say you don’t lend anything worth over $1,000 and offer to give her a ride. This doesn't indicate that you don't trust her and can prevent a lot of headaches. Plus, you get karma points for the trouble of driving her.

3. A Friend Wants to Borrow a Large Amount of Money from You

One of the simplest ways to say no gracefully in this context is to say that, as a rule, you never lend or borrow money from friends. This will make it clear that you are not singling out your friend as unreliable, so there's no reason to get upset. Remember, you shouldn't feel guilty for your refusal. Loans between friends can damage the relationship if the borrower doesn't pay the money back.

4. Your Fiancé's Sister Offers to Throw You a Bridal Shower

Even though it's very nice of your sister-in-law to offer this, you really don't want all the fuss. So, how do you say no gracefully in this situation? Honesty works best. Thank her nicely for the offer and explain that you don't like being the center of attention and don't really want this kind of party. To ensure her it's nothing personal, offer to go to a day spa (or a paintball game – whatever works for you) with her and a few friends instead.

5. A Distant Relative Invites You to Her Annual Hawaiian Luau Party – for the 10th Time

Don't know how to say no gracefully? First of all, what you should NOT do is accept the invitation and then back out an hour before the party or not show up at all. It's the least graceful way to handle this situation. Thank your relative for the invitation and say you had a lot of fun at her last party, but you are really busy this time of the year and barely have time to breathe, let alone go to parties, however tempting.

6. You Are Asked to Chip in $30 to Buy a Gift for a Work Colleague You Don't Even Know

Sincerity and a pinch of diplomacy work best in this case. Say something along the lines, "Oh, I don't think I've ever had a conversation with Chris. I think I'll wish her all the best in person and maybe get to know her better this way." This way, you will come across as nice and thoughtful instead of inconsiderate and cheap.

7. Your Boss Gives You Time-Wasting Tasks That Aren't Even in Your Job Description

Let's say he asks you to supervise the new intern – who's a little spoiled brat that plays on her iPhone all day. One of the wisest ways to say no gracefully and avoid irritating your boss is to say something like, "Oh, this seems like a very interesting assignment. However, I'm incredibly busy working on the X project now. Do you want me to re-prioritize?" This should work most of the times, but in case your boss still asks you to squeeze in the "babysitting," do it, and remember to keep a list of all such extra tasks you've handled for your next review.

You can be compliant when you choose. If you don’t want to do something, you really shouldn’t feel compelled to do so. There are times when saying yes might work to your advantage – other times, find ways to say no gracefully. There’s no reason why you can’t remain a lady, be polite and still be in control. Agreed?