7 Universal Challenges of Mediators and How to Overcome Them ... 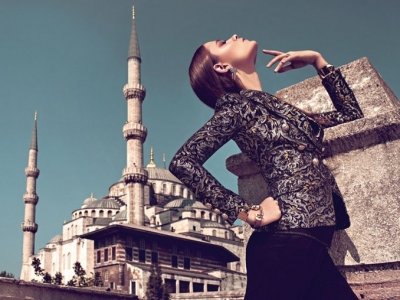 There are certain challenges of mediators when they are stuck in between two parties. If you were ever in the middle of a fight between friends or family members, you know just how uncomfortable it can get for the person stuck as a mediator. You might not want to be a part of it but you know that as the only neutral person, it is your job to do some damage control. If you were ever in this situation, you can relate to certain challenges of mediators.

1 Stuck in the Middle

One of the first challenges of mediators is being torn between two parties. Last time I was stuck in between a fight between two friends, each of them wanted me to support their position and they would often get frustrated when I did not. It is not a fun position to be in, so the only thing you can do is declare that you are neutral and therefore will stay out of it.

2 Showing Support to Both Parties

As a friend you still care, and can’t completely stay out of a fight between two friends. Therefore, you still want to show some harmless support to both parties. For example, you can try saying things like, “I understand you think what she did was wrong, but maybe she had good intentions.” Calming both sides may prove to be beneficial.

3 Having to Listen to the Complaints

No matter how many times you have expressed the fact that you don’t want to get involved, your friends still choose to vent and rag on the other friend. So when this happens, just politely switch the subject of the conversation or directly boycott any talks regarding the other person until they work out their differences!

4 Trying to Act Normal despite the Awkwardness

You know just how awkward things can get when two of your closest friends are in a fight. You can’t ask both of them to hang out and you can’t just choose one of them! While you may not be directly involved in a fight, your life is completely affected by everything going on.

5 Making Them See the Reality of the Situation

However, when you do decide to step in just to end the ongoing fight about nothing, there is nothing tougher than making them see the reality of the situation. All you can do is show them that both of them are at fault. After all, it takes two to tango!

No matter how hard you try to stay out of the argument, sometimes you do get sucked in. Your name gets thrown around here and there, but you have to remain calm! These two people are driven by negative emotions and the worst thing you can do is jump in on their misunderstandings.

7 Having the Job of a Peacekeeper

Overall, the whole job of a peacekeeper is quite a handful. You have to please both sides without completely taking one on. It is a quite a challenge, which is why it is often recommended to find another neutral person who can easily help them sort out their differences. Sometimes it takes a stranger to help you come to a realization.

The job of a mediator is not easy work. While trying to extinguish the argument between two people, you can also get burnt. What are some of your tips when it comes to being a mediator for two people?