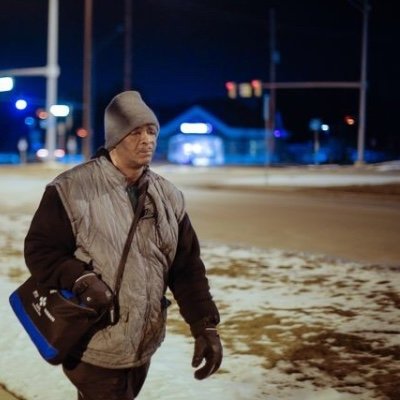 James Robertson of Detroit won't let anything stand in his way, that much is clear.

When his car broke down, and he didn't have to money to fix it, he began walking to work — more than 20 miles a day. Snow, rain, cold: none of it stopped him. Sure, he took the bus for part of his route, but it still took him hours to walk to and from work — on the way home, in the middle of the night. no less. But he didn't complain. He loves his job, and clearly isn't a quitter.

But winters in Detroit are cruel, and that's where a college student Evan Leedy comes in. He launched a GoFundMe campaign, hoping to raise enough money to get Robertson's car fixed, but within hours, enough small donations poured in to buy a new car - then several new cars ($250,000 and counting)! Never having complained about his trek each day, Robertson is surprised and grateful for the outpouring of support - and the rest of us have had a little of our faith in humanity restored.

Visit the GoFundMe page here, and donate a little, if you can: gofundme.com