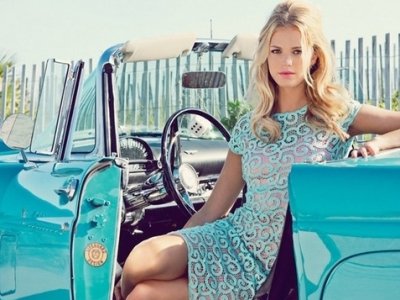 When it comes down to it, there are plenty of ways to become a better person. These tips won't make you into Mother Teresa, but they will help get rid of the little annoying habits you might have. Without these little habits, you have time to focus on bigger and better things. Thus, you'll go out and do things with your life. So, check out these ways to become a better person.

Believe it or not, so much energy goes into sub-tweeting. Nowadays, people refuse to confront each other. Instead, they'd rather write about it all on Twitter. The thing is, sub-tweets are usually so obvious. We all know who you're talking about, so why not address the person? It might feel better to just let these feelings out on Twitter, but wouldn't it feel better to actually talk to the person you have a problem with? The lesson being, confront your problems! This is just one of the small ways to become a better person.

2. Never Promise Something You Can't Deliver

Isn't it just the worst when someone gives you their word but doesn't pull through? I think so too. Therefore, think about your promises before you make them. Is what your promising actually do-able? Or are you just saying it to end conversation? Either way, a person's word is everything so stop making empty promises! People will remember this about you and label you flaky, or untrustworthy. Be better!

Never heard of a humble brag? It's when your friend comes up to you and says something like, "Some random guy that I don't even know just told me I have gorgeous hair. How weird is that?" Girl, we all know what you're up to and we see right through it! Humble brags are a lame thing to do. Don't be guilty of this!

I know, I know, Pinterest can be very addicting. I'm pretty sure every girl on Pinterest has created the most fabulous wedding already. But here's the thing, quit planning your wedding! You'll get fixated on "perfection" and that's not what matters! Oh, and it's probably freaking your boyfriend out. Stop worrying, all those decorations will still be there when the time comes!

Social media can be very addicting. I've definitely been guilty of checking my Instagram and Twitter account when I should've been doing something productive. However, checking it now and then is no problem. The problem is when you do things based on how many "likes" you'd get. Trying so hard to be popular on social media isn't the best way to be spending your time! Go out and take a walk - and no, don't feel the need to post a pic of the sunset on Instagram!

It's tough to be alone, I get it. It's also tough to have to settle for less than you deserve. Why be with someone just for the sake of not being alone? That's just silly! Set your standards and go for what you deserve. Only YOU know what that is, and trust me, you'll know the difference between settling and being with someone you deserve to be with.

7. Give Your Mom a Break

Yeah, it can be pretty annoying when your mom comments on every Facebook photo you post. But hey, cut her some slack. I mean, moms have to put up with us all as children. Let her comment your photo!

I've seen some pretty outrageous bucket lists. But hey, that's the beauty of life, right? We can do anything we want. So, look at your list, and set some goals. Stop putting off the items that can be crossed off tomorrow, and do them today. Save the big ones for the last, they'll be the most fun.

So, there you have it! These are just some tiny ways to become a better person, not that you're not already great! Do you have any tips to share?