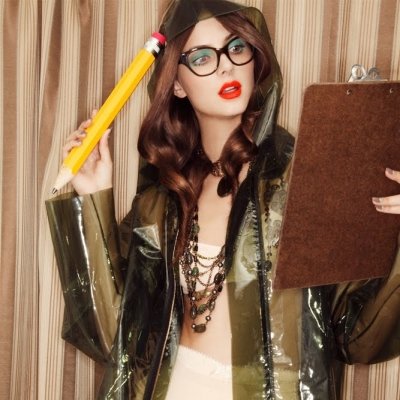 We might all want to be winners, but how many of us think like a winner? It's amazing how your perception of yourself and others changes when you simply change how you think. I adopted these tips and found myself being more optimistic and confident. While you might not always win, when you think like a winner, you'll always feel like you've won regardless of what happens.

Winners tend to have one thing in common – they never give up. To think like a winner, you have to be persistent. Stop believing you can't do something after you fail. Believe you can do it and keep trying. It may seem hard at first, but once you accept that failure isn't the end, it gets easier to persist. Before you know, you're succeeding.

2 Accept You're Not Always Right

No one is right all the time. Winners got where they are because someone else told them the right way to do things. Maybe things aren't going right for you because you're doing something wrong. If someone offers you advice, take it. It's okay to be wrong sometimes. Learn from the experience of others and keep an open mind.

3 Think about Success Not Failure

Winners tend to be persistent because they're focused on the success and not the failures along the way. They always see the end result, which keeps them positive. Instead of thinking about all the reasons you can't succeed, think about the success itself. How will you feel when you succeed? Think of yourself as having already won and it's easier to stay on track.

4 Know You're in Control

While you can't control everything in your life, you can control yourself. Some people blame others for when they fail. Winners know they're the ones in control. They are in charge of their lives, their words and their actions. When you accept responsibility for yourself, you take control of your life. You may not be able to control others, but only you control the choices you make.

5 Think about Your Positive Traits

Everyone has faults, but winners don't dwell on those. They focus on their positive traits. This helps them remain positive and set achievable goals. Knowing your strengths gives you power when you try to accomplish something. For instance, maybe you want to be a runner, but your legs are short. Maybe you have stronger legs or more stamina than other runners.

Winners do set high goals for themselves, but the goals they set are realistic. They think about the steps they need to get to their final destination. By thinking realistically, they don't set themselves up for needless failures. It keeps them optimistic. They also feel like they win with each successful step. Most winners create a set of mini-goals and keep their minds focused on one goal at a time.

Sometimes it's hard not to think of some winners as perfect, but they don't see themselves that way. They know they have faults and they know they make mistakes. They don't focus on perfection. Instead, they focus on becoming the best they can be at whatever their passion is. To them, it's not about being a perfect person, it's about being nearly perfect at what they do.

Procrastination isn't part of the mindset for winners. They tend to think now instead of later. They know the only way to succeed is to just try. Waiting gets you no where while even failing gets you a little closer to where you want to be. Adopt more of a can-do style attitude and all those projects you have on the back-burner will suddenly start getting done.

Winners don't always have supportive people around. They block out the nay-sayers and believe in themselves. In their minds, no one can tell them “you can't.” Since they're in control of their choices, they choose to believe in themselves no matter what. Keeping that confidence and faith is one of the hardest mindset changes to make, but an incredibly powerful one.

Thinking like a winner takes some practice. You'll still have days when you don't feel your best, but winners do too. The key is to pick yourself back up and be ready to try again tomorrow. What methods do you use to think like a winner?