7 Reasons Not to Sweat the Small Stuff ... 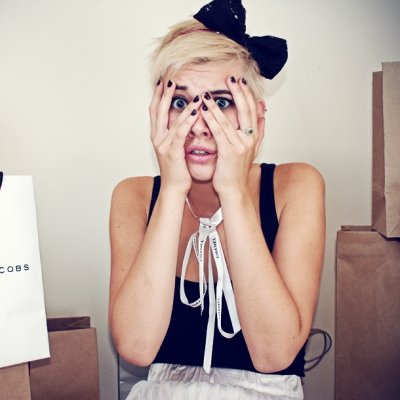 If there's anything I wish I could teach myself to do, it would be to stop worrying about everything. If you're anything like me, you probably feel like you spend a good portion of life worrying about it instead of living it. It's easy to joke about but it's a genuine problem - anxiety can affect the way you interact with other people, the decisions you make and your overall level of happiness. So, here's what I try to do when I know I'm worrying about something that doesn't really matter, but can't stop thinking about it anyway.

1 Put It into Context

Whatever the thing is you're worrying about, think about it - has it ever happened to anyone else? Yes, probably everyone, all the time, and they're fine. Could the situation be worse? Of course it could, probably much worse. If this is the only thing you have to worry about, doesn't that actually make you pretty lucky? Yes, so make the most of it!

2 Have Someone You Can Talk to

There should be one person in your life who you can rely on to talk things through with, knowing that they will make you see that you don't really have a reason to get so worked up. Could be a friend, family member, a partner - for me, it's my mum and knowing I have her to talk to when I'm stressed makes me feel so much better.

3 Will It Matter in the Future?

This is one question I always try to ask myself, because I always end up looking back on things and having no idea why I was so worried in the first place. It might seem like a massive thing now, but will it matter in a year's time? In the grand scheme of your life? It probably won't even matter in a week, let alone longer.

4 Think about the Good Stuff

For me, something will go wrong - like at a presentation at work or on a day out, or whatever - and I automatically forget all the good stuff about that day or event because I'm thinking about the one tiny mistake. That's natural but really, the bad thing is just a tiny percentage of the whole. Try to think about it that way.

5 Let It All Wash over You

When you're having an argument with someone, or someone has really irritated you, try to let go of all the anger you're feeling towards them. Ok, so maybe they are genuinely unpleasant people but more than likely, it's just a misunderstanding, they can't see your point of view and they're as worried about offending you as you are them.

I know, I know - biggest cliché in the world. But it's TRUE. You don't want to get to 80, look back and think about how much time you wasted wrapped up in a little ball of worry. This is your life, it's the only shot you're ever going to get at it! If you make a mistake, so what? Everyone does, it's human. Just learn from it, repair it as best you can and move on.

I read this piece of advice once and it actually works. When you're stressed about something, write it down. Don't show anyone, just keep it for yourself. Come back to it the next day and read what you wrote. You'll be surprised how silly it sounds when you read it back - you'll be able to see it in a much more positive, objective light.

Ok, so obviously we will all have to deal with things in life that are horrible and awful and worth worrying about. I'm not talking about those things here, I'm talking about little things like a silly argument with a friend or worrying about a mistake at work. We should save our energy for the important things and try to be as happy as possible everywhere else. What do you do when you know you're worrying over something irrationally?