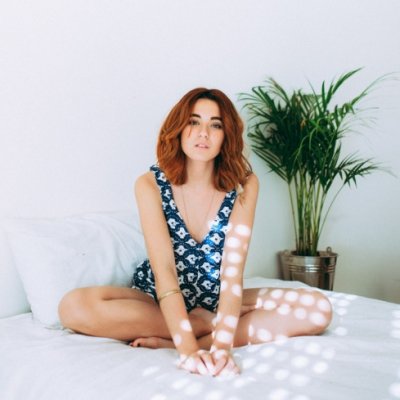 I've been around a lot of people who explode when they're angry. Usually it's a matter of things building up little by little until something trivial-such as a slip of the tongue or not being able to find a parking space-causes the proverbial cracks to build and the walls start falling down. Frankly, it scares me. Because of that I've had to find little things to work out what little anger I have in my life before it goes too far. Getting your emotions out now is really the best thing you can do, for yourself and everyone else. I'm sure you have your own ways, but if not, here are a few suggestions. I know I mention anger a lot, but they can soothe sadness too; the two emotions are a lot alike if you think about it.

1. If Possible, Go off by Yourself

If you're in a situation where you're upset but can't or don't want to express it out loud, step away so you can collect your thoughts. Even a bathroom run will do. If it's a person you're mad at and you can't go off right away (for instance, someone at work or school), focus on the task at hand and get away as soon as you're done.

There's just something about the motion of typing something out that helps ease whatever frustration you're writing about. There's nothing saying you have to publish what you've written.

...but not anything major. I remember sitting in the breezeway outside of my dorm room ripping little pieces of paper and burning them with a candle. Baking can help too, especially recipes where you have to pound on dough. I'm not talking about breaking dishes or throwing a fit that scares people, but there are ways to take out frustration or sadness without doing permanent damage.

This is somewhat related to the above. Write down what's upsetting you on a slip of paper, fold it in half and burn it with a candle. As the paper burns away and the smoke goes up, imagine what you've written about going away too.

5. Talk to Yourself in the Mirror

...or, if it's a person you're bothered with, imagine that person in the mirror or somewhere in your room and let 'em have it! Say what you would say to them if they were actually there and gave you carte blanche to yell at them. I know it feels weird to talk to yourself, but putting a voice and words to your feelings is really one of the best ways to get it out of your system before you have to speak to the person again.

Sports are very good with taking out frustration. Games like soccer, volleyball or tennis are good because they involve hitting things, as are hockey and racquetball. Even if you're by yourself, you can practice up against a wall or on a slanted rooftop; that's the best way to practice anyway. Go for a walk or run around the neighborhood. It doesn't really matter what you do, but exercising and motion are good ways to work out the energy that would otherwise fester inside of you.

If you're creative, write an angry song or poem. If it's sadness or just general frustration, you could either personify it or write a general lament on life. If you'd rather be funny, a friend of mine used to write song parodies to make herself laugh. If you don't write poetry, take on an art project. Some of Pablo Picasso's best work was done during his “blue period.” You may not be the next Picasso, but the use of color and shape can get your feelings out in a truly unique way.

Hopefully, you don't have a lot of sadness or frustration in your life; it's not a good place to be. Even if you don't, though, it still helps to have small ways to get things out before they really get to you. What about you? What do you do when you need to vent? Do you have any suggestions for the rest of us? Let's talk.