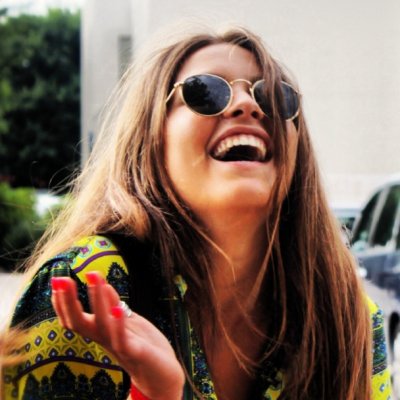 Free spirits are the type of people everyone loves to be around and everybody secretly wants to be. After all, they're always so happy and appreciative of the world around them. While it's hard to be so optimistic and open-minded in such a cruel world, it's possible if you put your mind to it. If you dream of being happier, here are a few tips for acting like a free spirit:

1. Live in the Moment

Free spirits focus on the present without worrying too much about the past or the future. They know that in order to be happy, they need to think about how lucky they are to be on this Earth every single day. As cliche as it sounds, they view life as a gift that they aren't willing to waste. So if you want to be happier, follow in their footsteps by enjoying every moment you spend alive.

2. Stop Trying to Please Others

Free spirits aren't selfish, but they aren't worried about what others think either. While you shouldn't ignore the opinions of your friends and family, you definitely shouldn't take them to heart. It's your life, so it doesn't matter if they approve of every move you make. After all, you're not judging them.

3. Be Open Minded and Ready for Anything

4. Don't Get Too Stressed over the Little Things

Free spirits don't freak out when one little thing goes wrong. They take it with a grain of salt. If they miss the bus, then they're comforted by the fact that another bus will be on its way. If they trip and fall, they'll be thankful they weren't hurt instead of embarrassed that their crush saw the incident.

5. Be Independent and Stop Relying on Others

Free spirits don't care about the latest trends in fashion. They don't care about what books or movies are mainstream. They'll wear, watch, and read whatever calls out to them, because it'll make them happy. They don't try to fit in, because acceptance from others wouldn't give them any real satisfaction.

7. Explore as Much of the World as You Can

Free spirits appreciate the world, which is why they aim to learn as much about it as possible. They'll try to visit different countries, learn about different cultures, and see the world in as many different ways as they can.

Free spirits always seem so carefree, because they know that they're in charge of their own happiness. No one can take it away from them, because it's not theirs to mess with. Do you consider yourself a free spirit or do you need to work on these qualities?