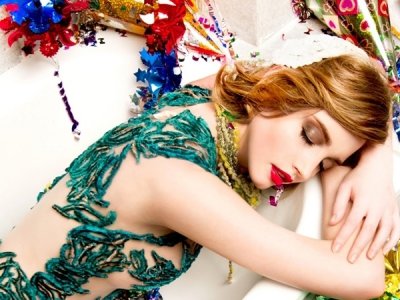 There are many interesting facts about dreams. Every living creature that can sleep has the capability to dream. Even if you don’t think you dream at night, you do. Even people who have serious cases of insomnia dream when they are awake, and these waking dreams are also known as hallucinations. If you’re curious about what happens in your sleep, have a seat and read these interesting facts about dreams!

1. You Incorporate Reality into Your Dreams

One of the first interesting facts about dreams is that you can incorporate things that happen in real life into your dreams. Have you ever heard a song playing in your dream only to wake up and find out that it was playing on the radio? Or maybe you have a dream that your alarm clock goes off too late but then you wake up from your actual alarm at the exact time you set it for? This happens because your body is in the middle of REM sleep, which is the deepest sleep you can have, and your body is struggling to wake itself up.

If you have a dog, you might have seen him dreaming. Dogs are known to run and even bark in their sleep. But dogs aren’t the only animals who dream. Horses, cats, and even elephants dream.

4. Not Everyone Dreams in Color

Believe it or not, 12% of the population dreams in black and white. Before the 1950’s, even more people were dreaming without color. Scientists think that this is because of the transition from black and white television to color.

People who became blind after birth can see images in their dreams. And people who have never been able to see can still have dreams, but instead of seeing images they hear, feel, taste and smell more vividly in dreams than people who can see images.

6. You Can Experience Orgasms While Dreaming

Everyone has sexual dreams. They usually start at the beginning of puberty, even if the person has never experienced an orgasm before. Many people even say that the orgasms they have are more powerful in their dream than the ones that they have in real life! Don’t tell your husband that!

7. You Dream Most about the Things That Stress You out

The things that stress you out the most during the day will follow you into your dreams at night. They may come in different forms than they do in real life. For example, if you feel that the people around you are hiding something, you may dream about them wearing costumes. I kept having recurring dreams about my friend because she was changing herself for a guy to like her. I kept dreaming that I was looking for her, and when I found her she was wearing a mask, as if she was trying to be someone she wasn’t.

Dreams can be symbolic, lovely, sexual, and even terrifying. The truth is that everyone has them. Some people never remember them, and some people have dreams that are so realistic that they actually sleepwalk and act out their dreams. Dreams are an escape from reality whether they are beautiful or nightmares. Do you know any interesting facts about dreams?