Are You Feeling Friendzoned Heres 9 Ways to Know for Sure 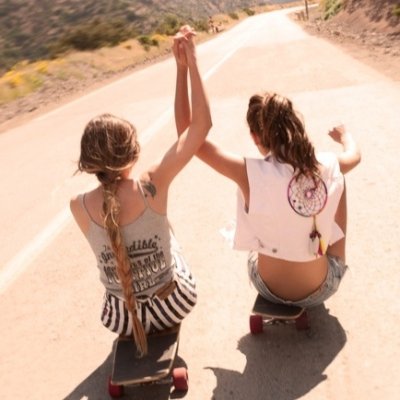 Relationships are never easy are they? And things get tricky when you like a boy and he, well, doesn’t. But what makes it worse is the feeling that you’re getting systematically friendzoned by this guy you really really like. And yes, girls do get friendzoned. Do you feel this is happening to you? Maybe these 9 clues will help you know for sure!

1 He Talks to You about Girls He Finds Cute

Do you find yourself listening to your crush go on and on about girls he thinks are cute and girls he’d like to date? Either he’s trying to make you jealous (which is a good sign) or it is very possible that he doesn’t think of you as someone he’d date and that sucks.

2 He Keeps Pointing out Guys That Are Perfect for You

Is the guy you like always pointing out cute boys that he thinks will be perfect for you? Obviously he has no intention of being that guy no matter how much you want it. Definite sign that you’ve been friendzoned is his hooking you up with other guys!

3 Generally Hangs out with You in a Group

Sure, he hangs out with you a lot, but always in a group. It’s never just the two of you. Every time you make plans to spend time with him, he’ll include more of your friends in the activity because it’s “more fun” like that. Sound familiar?

4 Doesn’t Bother Cleaning up for You

It’s quite simple really. If you like like someone, you’ll make a little more effort to look good for him or her. If you’ve been friendzoned by a boy chances are that he won’t try as hard to look (or smell) particularly good for you. You’ll know the difference when he’s hanging out with a girl he’s trying to impress!

5 Refers to You as ‘His Best Pal’ Repeatedly

Have you been introduced to his friends and people you bump into as “his best pal” more than once? It’s possible he thinks of you as just that – his buddy. True, a lot of lovers start out as being best friends, but for the time being, you’ve been friendzoned.

6 Doesn’t Flirt with You. Even in Jest

Does he never flirt with you? Even when there’s a lot of light and harmless flirting going around at a party or dinner and you drop a lot of hints? No casual physical touches that tell you if a person is interested in you? No indication of any attraction at all? Maybe you’ve been friendzoned.

7 Cancels Plans with You to Go out with the ‘Boys’

Has he (more than once) cancelled plans with you because something came up with “the boys”? Obviously he has no qualms about dumping you for his guy friends and whatever guy things they have planned. You’re just another friend that can be met later right?

8 Keeps Asking about Your Cute Friends

Sigh. This one hurts. Your crush keeps pumping you for information on your cute friends and keeps insisting you introduce him to a couple of them. Obviously he has no idea you’d like to be more than his wingman!

Has he never noticed your new haircut? Or how you dressed up in his favorite color? If you’ve never received compliments for him on how you look or how awesome a person you are (in a ‘I totally have a crush on you, you awesome person’ kind of way), it is possible you’re friendzoned!

A lot of people start out as friends and then along the way realize they’re perfect for each other. But sometimes you get so firmly friendzoned that it’s near impossible getting out of that corner. If you like someone, know the signs so that you either avoid being friendzoned or at least have a fighting chance! Do you know other ways girls get friendzoned? Let us know?